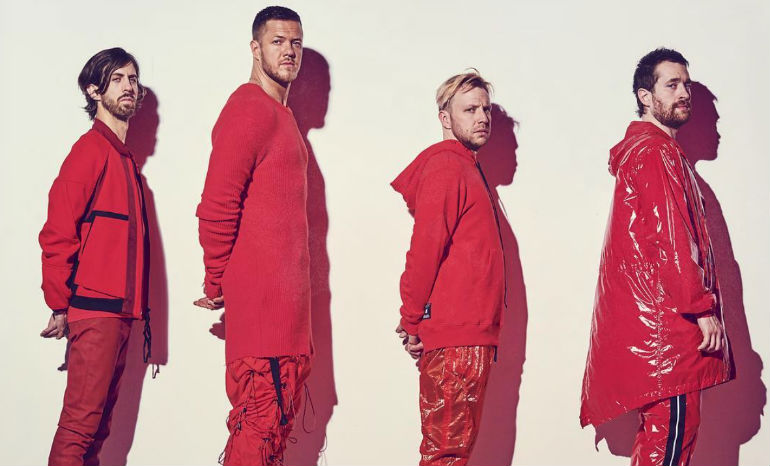 Imagine Dragons never fails to deliver major hits. For example, leading up to their next album, the band released their latest single “Machine” last week.

The pop rock band has been churning out hits since their debut album Night Visions in 2012. Since then, they’ve seen chart-topping success and have gone on massive global tours. Their new track follows this trend, and it perfectly paves the way for their next album, Origins due out later this week on November 9.

An anthem of a track, “Machine” praises independence. “I’m not a part of your Machine,” the band chants energetically throughout the song. Imagine Dragons has never been a band to fail when it comes to turning up the energy in their music, and “Machine” is certainly no exception.

Opening up with a catchy, percussive clapping bit, they immediately have the listener hooked. The melody, like many of their other songs, demands to be sung along to. They call upon every listener to get involved in their music and that’s one of the many things we love about them!

The track itself has a work-song kind of rhythm to it, really emphasizing the machine-like aspect that they’re calling out in the title. Instead of being part of someone else’s machine, the lead singer, Dan Reynolds, talks of being his own machine.

If you ask us, the band picked the right time to release a track like this. With it being election season and all, they proved with this song that they aren’t shy about singing out against the current political climate. Rather, they call for everyone to take action and make their own paths and ideas apart from “the machine.”

Besides the powerful lyrics and melody, the track really comes together with the help of gritty guitars. It adds a nice touch and emphasizes a feeling of intensity that the band is definitely going for. They are able to combine the catchy phrases of a pop anthem with the rock elements of electric guitar and loud percussion, making for a well-rounded track that everyone can sing along to.

Check out the song HERE: