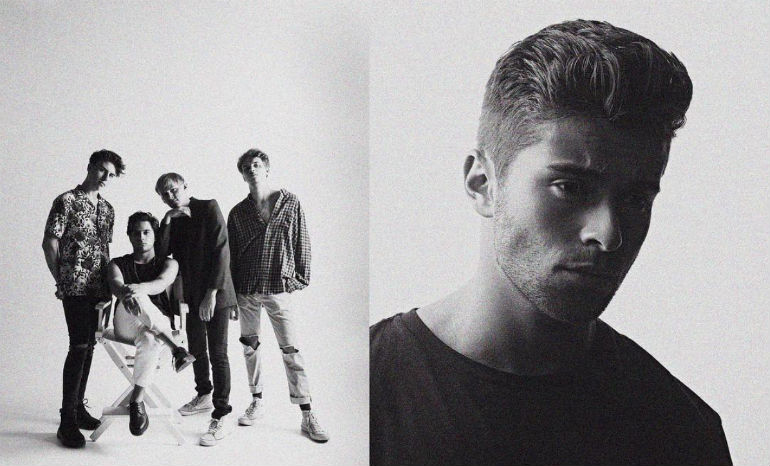 The Stolen has been gaining more and more attention since forming back in 2013, and with their newest single, “Rooftop,” featuring Jake Miller, the band is about to have all eyes on them. The song takes on the extremely sensitive and controversial topic of suicide, disguised by a catchy beat and a synthetic vibe.

Guitarist Rob Chiarappa discussed the message of the song with Billboard prior to its release, explaining that the song is “about the suicide epidemic in our world that no one inadvertently talks about; the idea of suicide being glorified and massively publicized, yet it seems that nobody cares to try and prevent it.”

Rob also added that “it’s a vicious cycle of people opening their phones and seeing yet another person who has taken their own life, and not understanding the damage that’s being done. The world is becoming a place where we not only are not looking out for one another, but we’re ignorant to reality, because all human contact is digital.”

Featured on @thestolen new single “ROOFTOP” out now 🎶 PS these dudes are some of my best friends and in my opinion one of the best up and coming bands out there so after you listen to this song, go listen to their entire catalog and thank me later

While the lyrics of the song play to an extremely heavy concept, the music itself could be played in a club, given its dance beat and electric style. The Stolen did this purposely, as if to give the appearance that everything is fine on the surface of the song.

Singer-songwriter Jake Miller makes an appearance in the second verse of “Rooftop,” ultimately having the message of the song told through multiple people. Miller speaks to their collaboration, saying, “we are beyond excited that we finally made it work.”

Does the dance-style of the song add to the message of the single, or take away from it? There’s a fine line between using music to prove a point and romanticizing the issue. Knowing the band’s concept behind the single helps. However, if you listen to it without understanding The Stolen’s point-of-view, it could easily be taken out of context.

The band is hitting the road with a wide variety of other musicians, including Milkk, SayWeCanFly, A Summer High, and The Wrecks. They will be all over the country, so make sure to check out this up-and-coming band before they make it big.