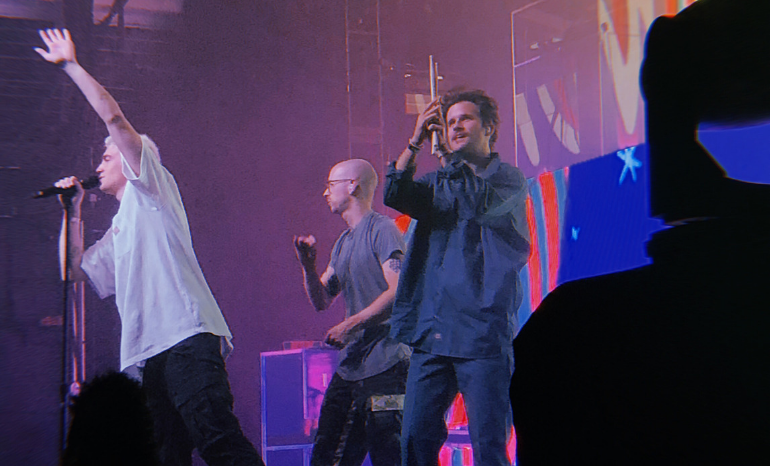 The stage set-up for the show was very unique and something we haven’t seen many artists do. The stage consisted of two levels with a smaller platform over the stage where band members Jake Goss and Les Priest resided and rocked out for the duration of the show. The stage was completely made up of screens that produced stunning visuals during each song. I can definitely confirm it was one of the most aesthetically pleasing shows we’ve seen this year.

LANY’s set consisted of the perfect mixture of their new and old song. Fans sang the songs from the top of their lungs, and the energy in the venue could be felt no matter where you were standing. Paul Klein put an enormous amount of emotion into each song and truly connected with the audience. He made each performance feel special. The audience made sure to make the band feel special as well by showering them with roses on stage throughout the duration of the show.

The band closed out their final show with their song “ILYSB,” and it was beautiful. It was very clear how big of a moment playing this venue was and what completing the tour meant for Paul Klein. Overall, the entire show was just amazing. If you ever have the chance, we highly recommend seeing LANY on tour next time they come around. It is not something you want to miss.