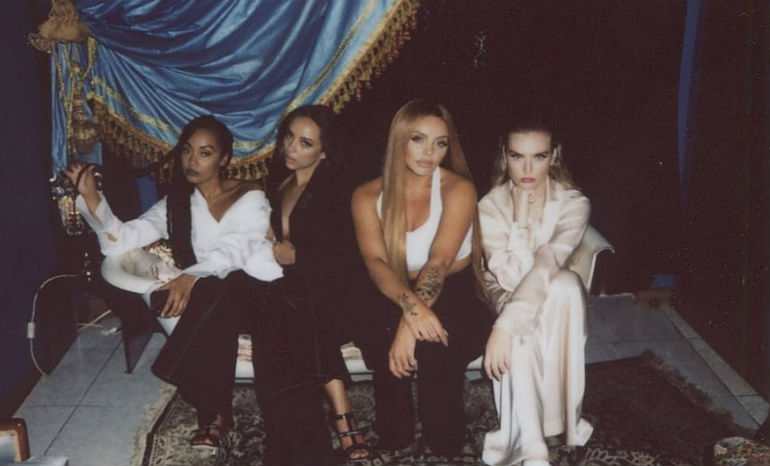 Little Mix grace the cover of Attitude magazine’s December issue as the release date of their fifth album, LM5, nears. This is the girl group’s first time posing for Attitude (and for an LGBTQ+ publication) and they took the opportunity to express their excitement and status as allies of the community to the famed gay publication.

“We’re absolutely GAGGED! ” Jade Thirlwall said. “We’ve wanted to be on the cover, or at least part of Attitude for years. It’s a dream come true.” Her bandmate, Jesy Nelson added, “We had a field day.”

In the article, Little Mix, which consists of Perrie Edwards, Leigh-Anne Pinnock, Jade and Jesy, discuss how they’ve used their platform to promote LGBTQ equality. Whether through their universal LGBTQ anthem “Secret Love Song” or their collaboration with Cheat Codes on “Only You,” which depicted a supernatural queer love story in its music video, their allyship comes across crystal clear.

Furthermore, Thirlwall currently serves as the ambassador for the British LGBTQ organization, Stonewall; she also marched alongside the organization during Manchester Pride in August.

“To be recognized as LGBT+ allies, that’s amazing. Obviously, we have a massive gay fan base and so to be given that award is just… The majority of our friends, especially in London, are LGBT+,” Thirlwall told Attitude. “I didn’t want to be that person who was like, ‘I love going to gay bars and I have a gay friend.’ I actually wanted to back that up as an ally.”

She added, “I wanted to educate myself and learn how to combat homophobia or know what to say when our LGBT+ fans message or send tweets: ‘I don’t know what to do, I don’t know how to come out to my parents. We have so many LGBT+ fans. If we’re going to benefit from them as a fan base, the least we can do is give them something back. It’s really important to us.”

"I didn't want to be that person who was like 'I love going to gay bars and I have a gay friend'. I actually wanted to back that up as an ally".@LittleMix's Jade Thirlwall came to slay in our new December issue: https://t.co/IYZdfE8G9W pic.twitter.com/TdLf6xaAlN

Attitude also honored Little Mix with the “Honourary Gay Award” last month. Each member of the group has their own individual cover of the magazine, which drops a week prior to LM5‘s release. You can order the magazine or download it online here.