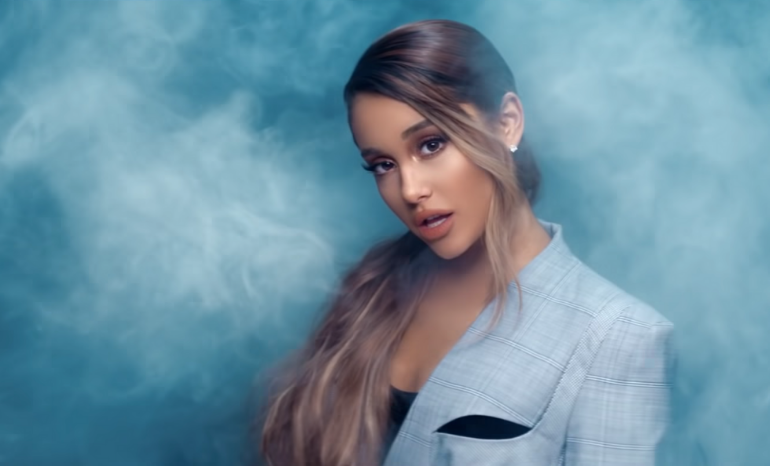 Ariana Grande did it again! She recently released a new music video for her next single “breathin,” and fans are loving it.

The singer/songwriter has opened up about her struggles dealing with anxiety on multiple occasions through interviews and social media and recently spoke on it in an interview with BBC.

“You have ups and downs. Sometimes you’ll go weeks at a time where there will be no anxiety,” Grande said. “Then something will happen that can trigger it, and then you have a couple of down days.”

Grande has never been shy to speak out, and the feeling of anxiety is topic which she alludes to through her song and music video.

The video opens with a dramatic shot of Grande’s side profile in a blue-gray blazer covered by fog which then transitions into a shot of her in a black bustier at an old 1920s-themed bar.

The video switches back and forth between her foggy dramatic scenes and her scenes at the bar and the train station with a time-lapse effect on everything else around her. This alludes to how chaotic and fast everything around her feels but tells herself to keep going and keep on breathing. The video also portrays the feeling of anxiety when it pictures her head replaced by a cloud, creating a foggy feeling.

breathin video by @hannahluxdavis out now 🖤

With Ariana’s next album Thank U, Next coming soon, fans were looking for any type clues in the video pertaining to the album and it seems they might have found some. There might be possible track names revealed in the train station scene. One particular scene shows a close up of the train arrivals and departures and reveals a few possible song titles, we hope, saying “Needy,” “Remember,” and “Imagine.” Of course, this is all just speculation. 😉

When @ArianaGrande is being all sneaky and putting her tracklist in the #Breathin music video. I SEE YOU GIRL #ArianaGrande pic.twitter.com/UaJLEm6tnv

Ariana Grande has always shown her gratitude toward her fans, and this time she’s done it again by releasing a song with a message we all need at times: just keep breathin.