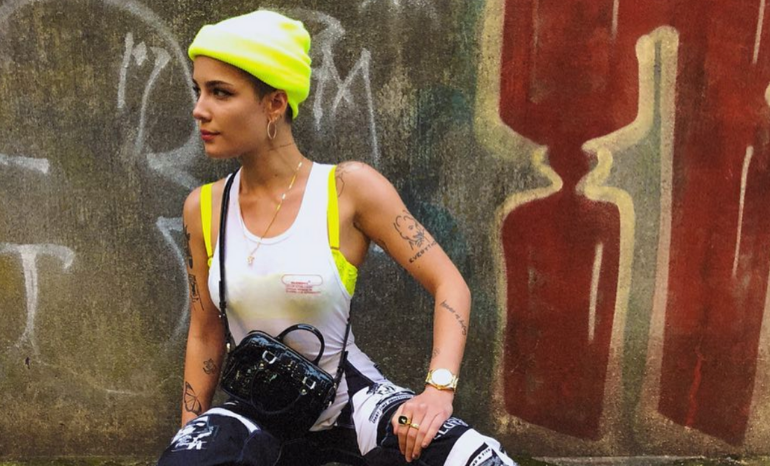 Last week Halsey returned to BBC Radio 1’s Live Lounge, where she covered Juice WRLD’s “Lucid Dreams,” with just an electric guitar accompanying her. The emotional lyrics along with the hip-hop influence made this the perfect song for Halsey to cover. She sat down with Radio 1’s Clara Amfo and talked about how emo and hip-hop are starting to mix in today’s music.

She also describes the song as a “great breakup record,” which also could be a reason why she chose the emotional tune. Halsey recently split from rapper G-Eazy for the second time at the end of October, just before her annual Halloween bash.

Check out Halsey’s cover of “Lucid Dreams” below!

Not only did Halsey cover “Lucid Dreams,” but she also performed her latest single, “Without Me.”  This intimate performance of the hit song shows just how much emotion the star put into the record.

Check out her performance of “Without Me” HERE:

If you want to listen to the entire interview and performances on BBC Radio 1 click here. Let us know what you thought of Halsey’s cover in the comments below or tweet us @soundigest!