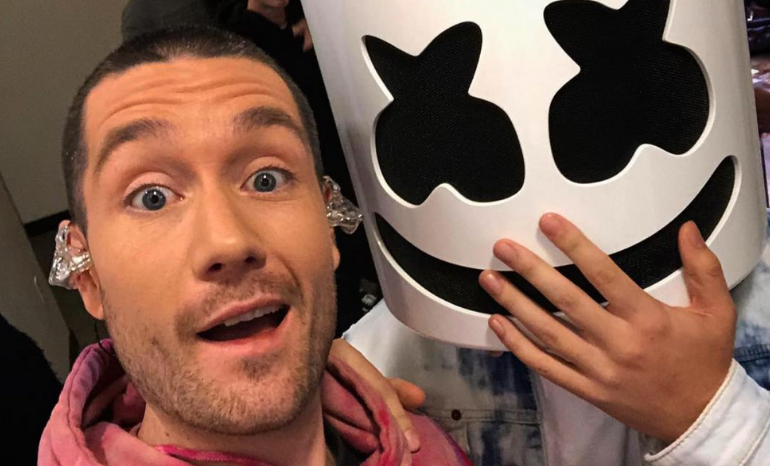 This past Friday, Marshmello and Bastille released a stripped down version of their song “Happier.” Back in September, the DJ and the indie-rock band released the official music video for “Happier” featuring actress Miranda Cosgrove and YouTuber Teala Dunn. The video showcased the song’s major theme of making hard decisions for yourself in aims of making it better for someone else, and it definitely made us cry a little (or a lot).

When listening to both versions, you can instantly tell that it’s the lyrics and vocals that really make this song stand out from other similar collaborations! Lead vocalist and songwriter Dan Smith’s unique and beautiful voice adds a much-needed layer of depth to the original song, particularly because the original is more EDM/pop heavy. The lyrics and vocals elevate what could have been another “Wolves” by Selena Gomez, and we can’t complain. Marshmello even complimented Dan Smith’s song lyrics in a tweet.

The stripped down rendition of “Happier” really allows the vocals to shine through and be the star of the song. The video depicts the Bastille bandmates Dan Smith, Kyle Simmons, Will Farquarson, and Chris “Woody” Wood singing and each playing their instruments with the addition of Marshmello playing electric guitar. It’s nice to see Marshmello at the forefront playing a physical instrument instead of behind his DJ booth, and we’d definitely like to see more of it. Marshmello did something similar when he and Bastille visited BBC to perform “Happier” as well as a cover of Benny Blanco’s “Eastside.”

One thought on “Marshmello & Bastille Unleash Stripped Down Version of “Happier””