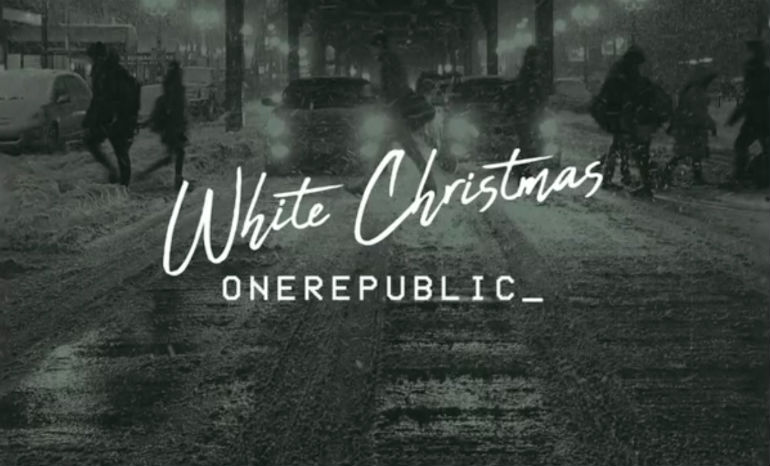 Alright, y’all! Halloween is over, which means that every single business, shopping mall, restaurant and doctor’s office in America will soon be converted into full-on holiday MADNESS. And let’s be real… what’s a holiday-themed business without a matching holiday playlist that keeps playing the same ten songs on repeat for three months straight? Nothing! Miserable at the thought of it? Don’t be! This year, we’ve got some great news!

That’s right, you guys! This year, another song will likely be thrown into your company’s holiday playlist all thanks to OneRepublic. The band just dropped their own rendition of the classic holiday song “White Christmas,” and trust us, it’s one you’ll actually want to hear in the midst of the craziness of the season.

The Pop-rock band dropped their version of “White Christmas” as a modern take on Bing Crosby’s 1941 hit. When the song began, we honestly got the feeling that it was just going to be another dry holiday cover that’s already been done hundreds of times, but that notion couldn’t have been more wrong.

New single to get you into the holiday spirit ❄❄⠀ This is our take on 'White Christmas' and it's out today. Link in bio #1rChristmas

After around two verses, Ryan Tedder‘s voice explodes into a strong, emotional ballad. It was unexpected, yet completely necessary to set this version apart from all the rest. To balance out its extreme climax, the song returns to a calmer tempo before finishing. Because the song was recorded for a seasonal Jeep commercial (view it below), it’s pretty short at only two minutes in length. However, we’ll be the first to admit that we didn’t want the track to end that soon. While we usually roll our eyes at repetitive holiday songs, we clicked repeat on this one several times after the first listen that we even lost count!

In other words, if you’re looking for some holiday cheer, you should definitely venture out to your local CVS and pick up some heavily discounted bags of Twix just to hear “White Christmas” on the speakers. Then when you get home, you should sit on your couch, in front of your fireplace, eat those Twix, and of course, tell Alexa to play it again. You can thank us later!