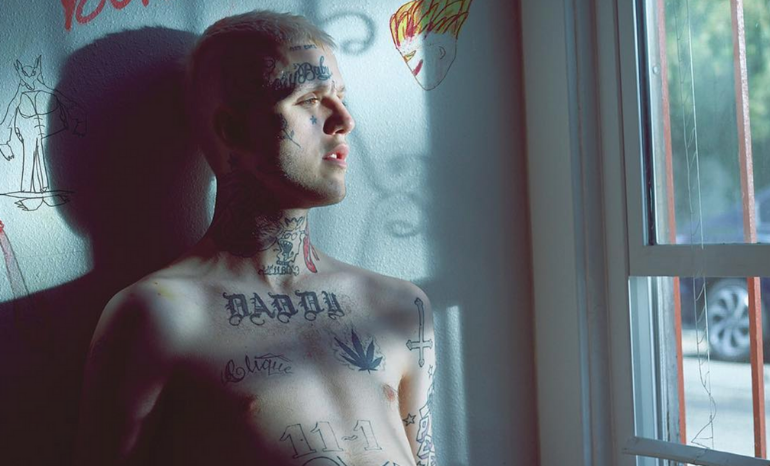 A week before the one year anniversary of Lil Peep’s death, close collaborators of Lil Peep released the posthumous second album of Peep’s career Come Over When You’re Sober, Pt. 2. The entire album is haunted by what could’ve been the future of the rapper’s career if he did not tragically pass away last November.

Born Gustav Elijah Åhr, Lil Peep was at the forefront of what has been come to be described as “emo rap.” Last November, Lil Peep tragically died of an accidental overdose of fentanyl-laced Xanax in Tuscon, AZ, two weeks after his 21st birthday. Following his death, Lil Peep’s first album, Come Over When You’re Sober, Pt. 1 started gaining a lot of traction, and Lil Peep had so many projects in the works that were so close to coming into the world’s view. Lil Peep has been featured on four tracks alone released in 2018. He had plans for a clothing line and was even touring.

In October, Lil Peep’s team announced the posthumous album Come Over When You’re Sober, Pt. 2 to be released on November 9, 2018, just days between what would have been Peep’s 22nd birthday on November 1 and his death day on November 15.

Come Over When You’re Sober, Pt. 2 was given to the world as a way to not forget Lil Peep and the impact he made in his life and in his death. The release had three singles released this year. “Cry Alone” was the first single released with the announcement of the posthumous album and also featured a visual shot in Berkeley, CA in May 2017 after a Lil Peep show in San Francisco. The second single, “Runaway,” was released on his 22nd birthday. The visual from “Runaway” tells the story of Peep’s visit to London, using his own drawings from different periods of his life. Lil Peep’s mother, Liza Womack, collaborated with Steve Mertens to tell this story of her son’s life. The last single, “Life Is Beautiful,” tells the tale of life and Peep’s outlook on it.

“He liked the song so much that he worked with a friend to make footage for a video,” Liz Womack, Lil Peep’s mother explained of the “Life Is Beautiful” visual. “He had just gotten his new fancy prescription glasses and was enjoying wearing them… I think Gus was proud of this song.”

The album also featured two bonus tracks that were collaborations previously released since Lil Peep’s death. The uplifting track, “Sunlight On Your Skin,” featuring ILoveMakonnen and the track, “Falling Down” featuring the also deceased XXXTentacion, which since its release has sparked some controversy over XXXTentacion’s history of abuse. Since its release in September, “Falling Down” has been certified gold.

You can stream Lil Peep’s posthumous album Come Over When You’re Sober, Pt. 2

One thought on “Lil Peep’s Posthumous Album, Come Over When You’re Sober Pt. 2, Drops Nearly a Year After His Death”