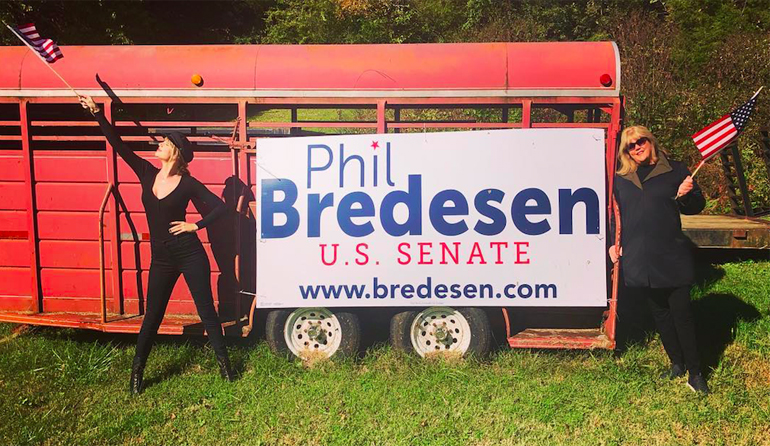 Before the hotly contested 2018 midterm elections, when even Oprah was canvassing door-to-door, Taylor Swift broke her long silence on politics to endorse Phil Bredesen for Senate and Jim Cooper for the House of Representatives. But did it matter?

The always-strategic Swift wielded her online influence to drive fans to register to vote right before Tennessee’s voter registration deadline (and, conveniently, after the end of her North American Reputation Tour). Vote.org reported a surge in voter registrations in the 24 hours right after her post. Some argued that registrations were simply increasing naturally as the deadline approached, but Vote.org CEO Debra Cleaver begged to differ. “Generally voter registrations mirror a state’s population, and we were wondering why Tennessee was even in the top 10 for a week because, population-wise, there’s no way to account for that,” Cleaver told Billboard. Tennessee ranks 17th in population. Vote.org’s voter registrations from Tennessee residents rose from 341 in January to 14,017 in October.

The “Look What You Made Me Do” singer’s plea seemed to resonate among her young fan base beyond Tennessee as well. In the five days following her post, Vote.org saw more than 434,000 new registrations, with about 65% of those coming from people under 30.

Ultimately, Swift’s candidate Phil Bredesen lost his Senate race to Marsha Blackburn by a nearly 11-point margin. But experts from both sides of the aisle agree that celebrity endorsements like Swift’s increase voter turnout by elevating the profile of an election. Midterm elections historically have lower turnout, but the 2018 midterm saw a clear bump in voter engagement, with a 49 percent participation rate as compared to 36.4 percent participation in 2014.

Whether weighing into politics hurts or helps her sales numbers remains to be seen, but Swift was able to use her reputation to drive young people to the polls who may have otherwise been too disillusioned with politics to participate. “For a lot of us, we may never find a candidate or party with whom we agree 100 percent on every issue, but we have to vote anyway,” she said. And the young Tennesseans did.