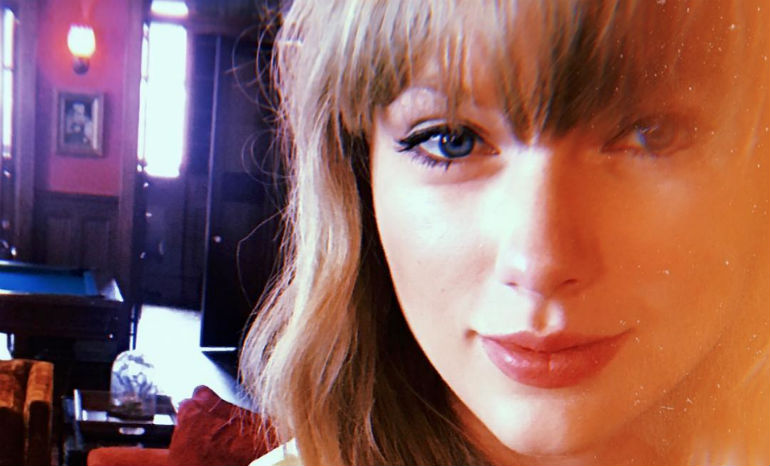 Big news, Swifties! ICYMI, Taylor Swift became a free agent just last month, which meant that after releasing six incredible albums under Big Machine’s management, she was officially on her own. Of course, that didn’t last very long, and now Tay’s been snatched up by none other than Universal Music Group!

That’s right, y’all! The “Delicate” crooner just signed a worldwide deal with Universal, with UMG’s Republic Records as her U.S. partner. She even shared the exciting news on Instagram, leaving all of us absolutely SHOOK that she’ll no longer be working directly with Scott Borchetta, the man who first discovered her at a music showcase in Nashville back in 2005.

In the photo she posted, Taylor posed next to UMG’s Chairman and CEO Lucian Grainge and Republic Records CEO Monte Lipman. Clearly, this is a huge win for UMG, and from the sound of it, they couldn’t be happier about it. Well, DUH!

Grainge said in a statement, “Few artists in history approach Taylor Swift’s combination of massive global hits and creative brilliance. She is so multi-talented, she can achieve anything. I have such enormous respect for Taylor, in particular for her use of her hard-earned influence to promote positive change. Because of her commitment to her fellow artists, not only did she want to partner with a company that understood her creative vision and had the resources and expertise to execute globally on her behalf, she also sought a partner whose approach to artists was aligned with hers. With these shared beliefs, there is so much we can accomplish together, and all of us at UMG are enormously proud to be embarking on the next chapter of her career alongside her.”

Here’s to the future! 🙌 We are beyond excited to embark on a new chapter with @taylorswift13 as part of the #UMG & @RepublicRecords family!

It seems that UMG’s CEO isn’t the only one stoked for the deal, though, because Taylor said herself that she’s so excited for Universal to be her new home.

“I’m ecstatic to announce that my musical home will be Republic Records and Universal Music Group,” the “Look What You Made Me Do” crooner said. “Over the years, Sir Lucian Grainge and Monte Lipman have been such incredible partners. It’s so thrilling to me that they, and the UMG team, will be my label family moving forward. It’s also incredibly exciting to know that I’ll own all of my master recordings that I make from now on.”

Although she’s leaving the Big Machine chapter behind her, Swift was sure to thank Scott Borchetta for everything he’s done for her over the years, and honestly, we’re getting a little teary-eyed!

“My heartfelt thanks to [Big Machine founder] Scott Borchetta for believing in me as a 14-year old and for guiding me through over a decade of work that I will always be so proud of.” So sweet!

At the moment, Big Machine still owns all six of Taylor’s previously released records, but that doesn’t mean they always will. In fact, UMG is actively trying to purchase Big Machine, which would mean all of Tay’s previous works would belong to them. Any future albums, however, will be owned by Taylor, and UMG will license her new masters in order to get returns on its investment. What a deal!

We don’t know about you guys, but we can’t wait to see what’s in store for the “Delicate” singer under this new contract. Hopefully there are only bigger and better things ahead for the star. That is, if things can even get any bigger than they already are. Onwards and upwards, Taylor!