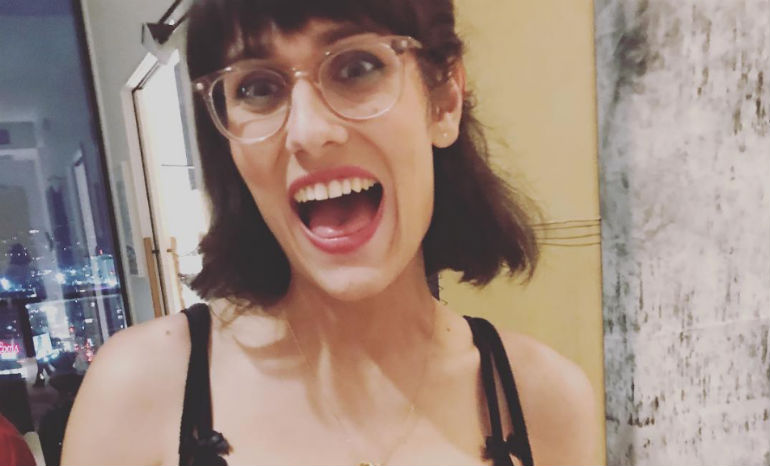 Teddy Geiger, a former soft-rock teen heartthrob and the songwriting genius behind several of Shawn Mendes‘ greatest hits (“Stitches,” “Mercy,” “Treat You Better”) is in her liberated prime, having released an album of edgier recordings titled LillyAnna. This new album comes a year after Teddy came out to the public as transgender.

Geiger is now back in the spotlight, but ironically, it was the time away from the public eye that allowed her to come into her own.

“The experience of being a product and having an image was a lot, and the image didn’t necessarily correspond with me beyond a gender,” she confessed to Rolling Stone. “It’s hard to feel like a teen idol… I had to be careful to align with this image of me that wasn’t necessarily me.”

After releasing two radio-friendly albums and playing the romantic lead opposite Emma Stone in The Rocker, Geiger was burnt out and took an early retirement at age 21. She slowly reconnected with her love of songwriting, eventually writing “Stitches” with songwriting partner Danny Parker. The song turned into a major moment for Shawn Mendes and spurred Geiger to relocate to Los Angeles to pursue songwriting full-time. She went on to write on “Little Black Dress” for One Direction, “Fitness” for Lizzo, “Liberation” for Christina Aguilera, and “Woke Up In Japan” for 5 Seconds of Summer. She also wrote and produced on each subsequent Shawn Mendes record as well.

Not having to uphold a public image of what other people wanted her to be allowed Geiger to define herself as who she wanted. While working on Mendes’ 2018 self-titled album, she began to come out to friends and family as transgender. She says she’s known she was a girl since she was 5, but working constantly allowed her to ignore that she felt uncomfortable with her assigned gender.

“[I was] smoking a lot of weed, smoking a lot of cigarettes and just doing a lot to cover up the anxiety, and also a lot of the gender dysphoria and compulsions that surrounded all of that,” she said in an interview with Paper magazine.

It’s out of this reckoning period of 2011 to 2017 that the recordings of LillyAnna poured out of her. Named after an online alter ego Geiger used to explore her gender identity, the album shows a grungier, more experimental side to the former crooner, as well as the comfort and confidence that comes from getting to define her own sound. She’s also able to be more authentic now that she’s out.

“It’s very different when you’re being yourself and your friends know who you are,” she told Paper. “I’m not taking it out on other people, or not feeling like I can be all there with them.”

Though Mendes didn’t know Geiger was transitioning until she mentioned it on Instagram, he has been nothing but supportive.

“I’m so grateful to be going through this process with her because I’m learning so much from it,” the “In My Blood” singer told Billboard back in April.

In her teen years, Geiger experienced a whole career arc of Hollywood stardom: a hit song, a two-and-a-half-year tour, a movie, and a retirement. But in this new chapter, she’s getting to make a new path on her own terms.

“Your first thought [about stardom] is ‘Oh my God, I made it!’ But you never really make it. Or at least, it’s never over,” she told Rolling Stone. “You’re always kind of having to ‘make it’ over and over again.”

In some cases, like Teddy’s, “making it” over again means a chance at liberation, and we’re so glad she’s living life free and on her own terms.