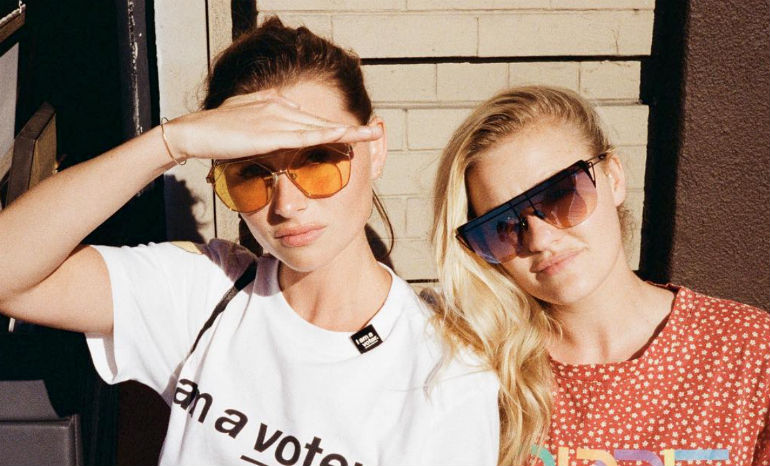 If you grew up watching Disney Channel shows like That’s So Raven, The Suite Life of Zack and Cody, Hannah Montana and Phil of the Future, you probably know that Aly & AJ were the coolest sister pop-rock group to come out of the late 2000s. Well — SPOILER ALERT — they still are!

Aly and AJ are older, wiser and more mature after taking ten years out of the spotlight. The two may have been away from the music scene for a while, but the girls didn’t stop acting after leaving their record label, Hollywood Records, in 2010. Both sisters have been in a handful of films and television shows over the past decade. Aly, for example, has been a season regular on I-Zombie since 2015, and AJ’s been on The Goldbergs since 2014.

Even though they’ve continued acting after their Disney days, we have to admit that we’re mostly excited about the release of Aly & AJ’s new music. Their EP, Ten Years, came out a year ago, and just a couple of days ago they announced that more music in the form of a deluxe edition is on the way! See?

That’s right! The Michalka girls are working on some new songs, but of course, that doesn’t mean we’re ready to give up on the old hits just yet. Luckily, we don’t have to! The girls have been performing both old and new songs on their Promises Tour. Over the summer, they enchanted their audience with a performance of one of their biggest hits, “Potential Breakup Song,” and even uploaded a video to their YouTube channel! Take a look:

We don’t know about you, but seeing Aly & AJ on stage performing “PBS” gives us major flashbacks, and yes… all the feels! We can’t wait to hear the deluxe edition of their EP!