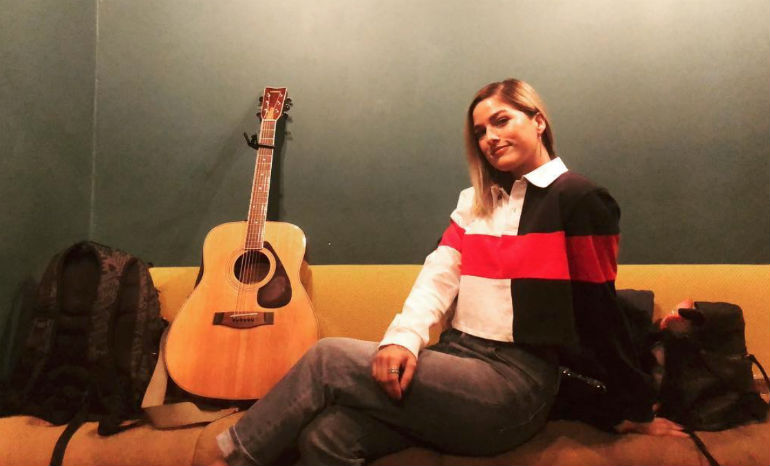 Pop-punk and country fans rejoice! Cassadee Pope is going on tour next year and it sounds like she’s going to make fans of all genres happy. CMT released the lineup for their Next Women of Country tour and Cassadee is headlining! The “Wasting All These Tears” crooner will also be bringing two other powerful female singers, Hannah Ellis and Clare Dunn, along for the ride!

Those who’ve known Cassadee since before her days on The Voice will be in for an even bigger treat. In a recent interview with Billboard, Cassadee said she’ll be pulling out some old Hey Monday songs on tour. For those who don’t know, Cass got her start fronting the pop punk band, so it makes total sense that she’d pay homage to the early days of her career. Prior to taking on country, she previously worked with bands like The Cab, All Time Low and Fall Out Boy. Given her pop-punk roots, and after playing a few dates on the 2018 Warped Tour, Cassadee will play some old fan faves on tour and we’re definitely not complaining.

Such an incredible time celebrating our #CMTNextWomen today! Click the link in bio or watch our Instagram story for more | 📷: Rick Diamond / @gettyentertainment ⠀

Cassadee brings forth what is really popular in country right now, which is the influence of other genres. She sites artists ranging from Halsey to Blink 182 as ones that are important to her. She’s letting her past music experiences help shape her future. Plus, it sounds like she’s carried many fans along the way! When OG fans knew her new music at Warped Tour, it made her feel confident about bringing back some old songs for the upcoming tour. Besides Hey Monday songs, Cassadee will have released another album by the time she hits the road, so we will have a fun, long genre-bending set to look forward to.

So far, no dates have been released yet for the tour, but we’ll certainly be keeping an eye out. With new music in the works, we couldn’t be more excited to see how Cassadee follows her two latest singles. Being in the music industry for so long, Cassadee really is a great example of how artists can change their path and still thrive. Stay in the know about Cassadee’s new album and more tour information on her website here. You can also catch her full interview with Billboard HERE: