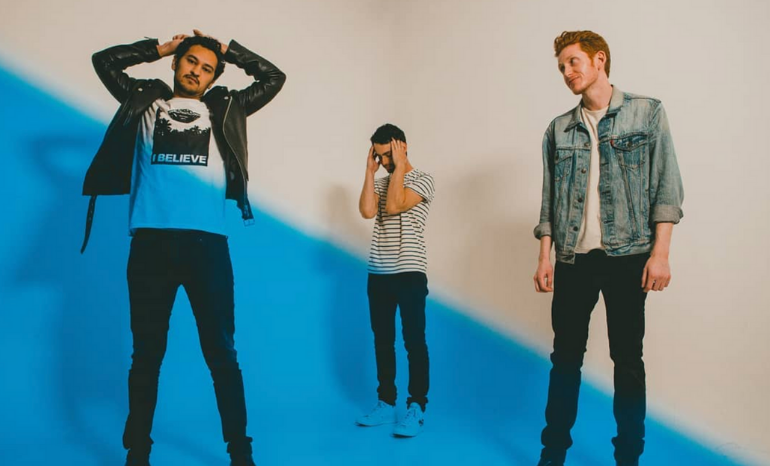 Playing on a lineup alongside names like the Foo Fighters, Imagine Dragons and Robert Plant can be pretty intimidating for smaller scale bands, but not for Southern California natives Austin Steele, Ryan Amyot and Kyle Victoria, otherwise known as Creature Canyon.

According to Billboard, the group absolutely killed their performance at San Diego’s Kaaboo Del Mar Festival back in early September. The alternative three-piece brings a unique sound to the subgenre of rock. While they depict a more laid back, summery vibe, they definitely still have a contagious energy and plenty of catchy rockin’ riffs. Their set at Kaaboo was the perfect exposure to get fans hyped for their second EP, Did You Want That. The seven-song collection dropped October 19.

The premiere single from the EP, “Hot Streak,” opens the vibrant group of tunes. It’s a rock-and-roll infused track with a catchy beat that highlights Austin Steele’s raspy vocals. Robert Ham of Paste Magazine calls it “a gently psychedelic groover, insinuating itself into your grey matter with a simple, sexy beat and little swells of color.” The opener raised the curiosity of new listeners by holding the number one spot on KROQ Locals Only for five consecutive weeks.

“Lonely as I Am” is a slower piece with a call-and-response element that brings listeners back to the jukebox age. Other highlights include “Hurricane,” a fast-paced love song that will be stuck in your head for days, and “No Apologies,” a track with an irresistible riff that will force you to get up and dance. One thing is certain, Creature Canyon excels at creating original and engaging guitar parts that will pique the interest of any classically-raised rock fan.

The EP closes with “I Belong With You,” a beautifully written melody about two people that are destined to be together. The song reaches its height towards the end, following an explosion from each member’s instrument. The combination of Steele’s husky, yet impressive voice, Amyot’s precision on the guitar, and Victoria’s fun jam session leads to a culmination like no other.

https://www.instagram.com/p/BpHqIlvgHYY/
Finding an album composed of nothing but quality songs is a rare find. Did You Want That is a strong EP that you don’t want to miss out on. The blend of hard rock, indie, and blues has a little something for everyone. Besides crushing their first major festival set, Creature Canyon has also played alongside noteworthy acts such as Empire Of The Sun, Phoenix, K. Flay , and more.

Get to know the band better and keep up with their latest news by giving them a follow on Instagram, Twitter and Facebook. Did You Want That is now available for streaming everywhere, or you can listen to it below. Sit back, relax, dance around your house, rock out with your air guitar, speed down the highway, do whatever you gotta do, and enjoy the melodic beats of Creature Canyon’s infectious new EP.