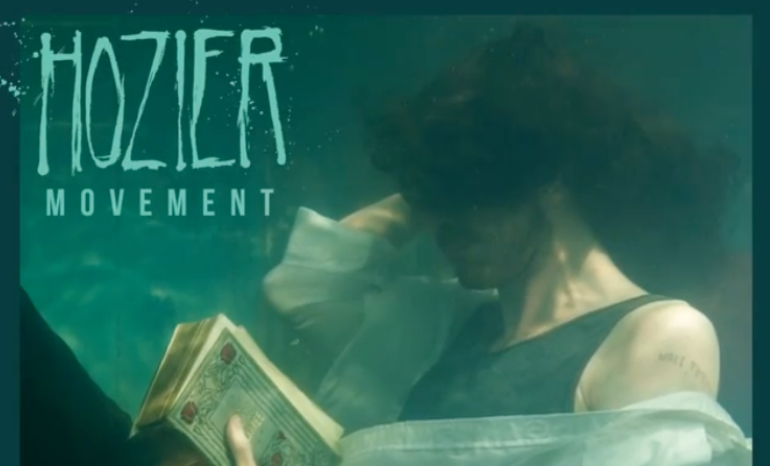 This week, Hozier released his latest single, “Movement.” The song follows his powerful EP, Nina Cried Power, and is the perfect complement to the project. The single comes as the first track off of forthcoming full-length LP, set to be released early next year. If “Movement” is a glimpse of what’s to come, we couldn’t be more excited to see what the Irish powerhouse has in store.

The lyrics themselves capture a sense of movement, as Hozier sings, “So move me baby // Shake like the bough of a willow tree // You do it naturally, move me.”

The singer has a way of making his words feel longing, yet natural. The track embodies the fact that love is complex, but also shines a light on the natural aspects of relationships people experience. These powerful lyrics showcase Hozier’s artistry and make it easy to dive deep into his music.

Hozier released a stunning music video to support the new track, too. The video features Ukrainian ballet dancer Sergei Polunin, who moves throughout an abandoned warehouse, dancing alongside different versions of himself. Even though Polunin is entirely captivating on his own, the contrast between his main character and his alternates is breathtaking.

Hozier found Polunin from a collaboration with David LaChappelle for a video set to “Take me To Church.”

“I believe one of the greatest things to come of your own work is for it to form part of another artist’s vision or execution,” Hozier said in a statement. “That performance itself gave rise to the ideas in the song ‘Movement,’ so I was incredibly proud to work with Sergei on this video.”

Thank you Milan you were amazing! Photos: @misselenadv

“Movement” is a cross-genre power piece, taking the classic intensity of a Hozier track and melding it together with a soulful, driving beat. It’s the type of track that transports you into the world of the artist and the song. The waves of intensity and constant layers of musical elements creates a track that embodies the feeling of movement.

Check out the video here, and look out for an upcoming LP release in 2019.