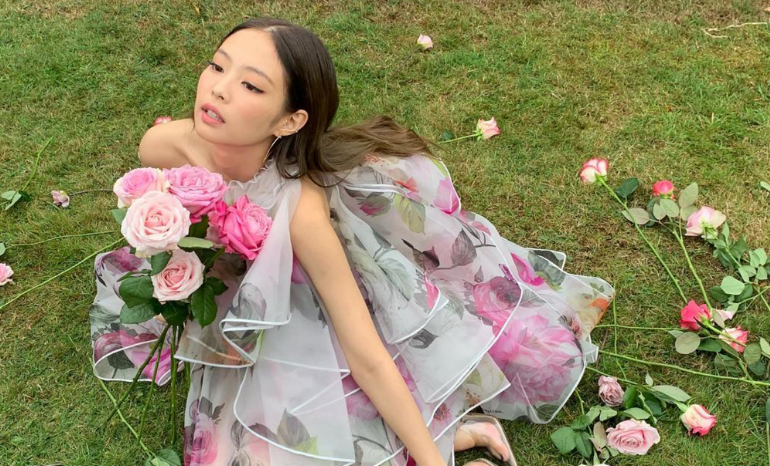 K-pop girl group BLACKPINK made history earlier this year as they became the highest charting female K-pop act on the Billboard Hot 100 and Billboard 200. They’ve also recently collaborated with Dua Lipa on the bilingual track “Kiss and Make Up.”

Now, Jennie, one of the group’s members, has become the first in BLACKPINK to debut a solo record, conveniently titled “SOLO.”

Released on November 12, the song and music video have both already broken records. Not only has the song topped South Korea’s music streaming sites, but Jennie has also become the first female K-pop solo artist to make it to the top spot on the iTunes Worldwide Song Chart. The music video has already amassed over 65 million views.

If you haven’t seen it, the music video is set in a variety of locations, complete with Jennie rocking a number of glam designer looks. The singer starts off perched upon the hood of a car with the words, “Not even a distant memory. Better off without you,” scratched on the side of the automobile. The video then cuts to her prancing around a mansion where she starts with the lyrics, “Innocent and delicate // I’m tired of pretending // I’m done.”

From there, Jennie continues to assert her independence with, “This is not a touching love story // No romance, no sincerity // I’m sorry, but I’m not sorry // From today on I’m a shining solo.”

The best part of the EDM-influenced pop track is the infectious chorus that you just have to sing along to. Also in the song, the singer showcases her rap skills with empowering lyrics like, “Used to be your girl // Now I’m used to being the GOAT // You’re sittin’ on your feelings // I’m sittin’ on my throne.”

We see Jennie through a variety of dance scenes showing off sleek choreography. She’s later joined by a powerful troupe of female dancers. In the midst of these independent dance scenes, we see Jennie confront the object of affection. She’s later seen wearing angel wings to express how free she has become from the relationship that’s ended. An icon!

In case you couldn’t already tell, the song is an empowering anthem that’s perfect for Jennie’s breakout as a solo artist, and we couldn’t be more excited to hear new music from her and the rest of BLACKPINK in the future.

If you’re itching to try out some of Jennie’s awesome moves for yourself, follow the link below. She dropped the full choreography video! Well, we know what we’ll be doing today!