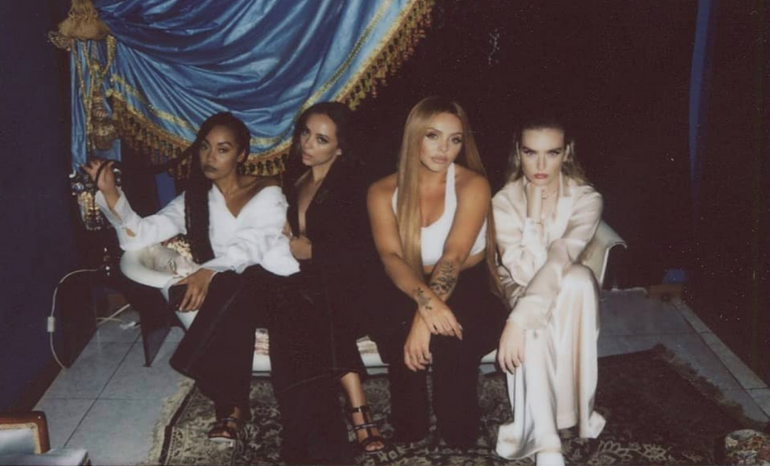 Little Mix is back with a big punch thanks to their fifth studio album, LM5. The thumping album is packed with strong vocals and a message that surpasses all of their previous releases. As we near the end of a rough 2018, this is exactly the positive and sexy album we needed to dance our way into the new year.

For those who may be on the fence about girl groups, these four women have the ability to flip those opinions. Opening with the harmonious “The National Manthem,” the girls set the tone for the album’s inevitable bad-bitch vibes. “Woman Like Me” featuring Nicki Minaj, the record’s first single, follows. What comes next is even more music that sends two important messages:

1. Love yourself and love others.
2. Little Mix is wildly talented, and girl groups are here to stay.

We’ve poured our hearts and souls into #LM5 and we can’t wait for you all to hear it in full next week. Mixers, you have inspired this album and we’re so excited to perform some of the new songs live on the @AppleMusic live stream 🎤 Tune in @ 8.30pm GMT on 13.11.18 apple.co/littlemix

Groups and artists always aim to show growth in the evolution of their work, and the pop princesses definitely succeeded. Their songs have a more mature sound and it’s refreshing to see them make this smooth transition from their first LP back in 2012.

“Joan of Arc” and “Wasabi” are the club hits on this record. “Monster in Me” and “Told You So” are the cute tracks about love and relationships. However, while the songs are all strong, there are two that truly stand out.

“Strip” is a sultry track all about being confident. Featuring Sharaya J, the song showcases an important message about self-love. The fact that it’s done to a jolting beat makes it even better, and honestly, it deserves to be on everyone’s workout playlist.

The closing track, “The Cure,” is arguably one of the best songs the group has ever released.

“I was a little far gone, but I’m not anymore // It’s alright now, baby, I’ve got the cure…” The song is about finding yourself and not letting someone else do the work for you. Everything about the song is pop gold.

As a fan of Little Mix since the beginning, this album has exceeded all expectations. For someone just discovering the group, Little Mix proves to be a strong force. In a post-Fifth Harmony world, a girl group needs to dominate. While the argument as to why they have not been slaying in the United States constitutes a totally separate article, it’s established that LM5 is a great album that will hopefully project the UK gals to stateside success.