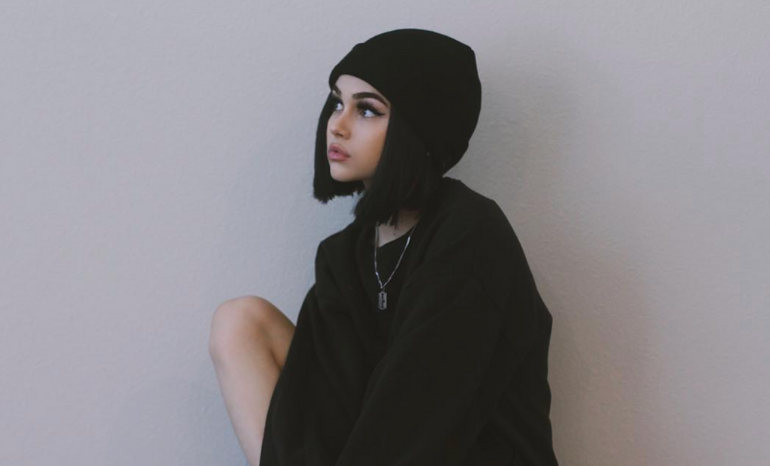 The talented, on the rise, 20-year-old singer/songwriter Maggie Lindemann dropped new music recently, and it’s in the form of a beautifully sad song called “Would I.”

The singer has yet to release an EP or album, but she’s released a few listen-worthy singles, including her most famous and streamed 2017 single, “Pretty Girl.”

Lindemann has publicly spoken about her struggles with anxiety and depression and purposely released the single just before the holiday season, knowing that seasonal depression is at a high. She wanted to bring awareness to mental health and its importance. The singer said, out of all her tracks, this single was the most important to her, and she was very excited leading up to its release.

If you’ve heard it, you know that the song has a calming mellow-pop vibe with soft vocals throughout. The chorus takes over with lyrics like, “If all of my friends wanted to jump would I? Would I? // If I could feel nothing, if I could feel nothing, would I? Would I? // If I could forget you without all the drugs could I? Could I?” The stripped-back ballad is so genuine and raw, and it’s a soft anthem for those dealing with mental illness. It’s a reflection of the feelings and struggles associated with depression.

Fans of the “Pretty Girl” singer were crying about the release of “Would I,” tweeting about how much they could relate to the lyrics. Of course, Lindemann was grateful for the loving feedback and reactions.

thank you for sharing this. I’m so glad you love the song and you are NEVER alone!!! https://t.co/7czzlREfVk

The emotion Maggie poured into this single definitely shines through, and we hope to hear just as much emotion in a debut EP we *hope* is coming soon. If you’d like to listen to some of Lindemann’s other tracks, check her out below!