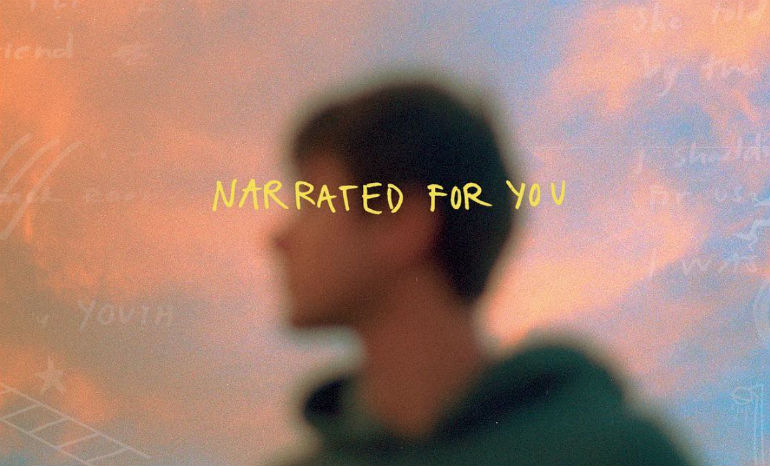 After years and years of building up a fan base on multiple social media platforms, singer-songwriter Alec Benjamin has dropped his first full-length album, which he refers to as a “mixtape.” Trust us when we say that his new release, Narrated For You, is a MUST-LISTEN.

Benjamin has an enchanting voice that will mesmerize the listener from start to finish. He is unique, from his vocal style and his production down to his instrumentals and songwriting. Each of the 12 songs on the album tell a completely different story, with some being about Benjamin himself, and others being about made-up characters. Regardless, you feel like you’re really living inside the song, and honestly, it’s magic.

One of Alec’s most famous songs, “The Water Fountain,” finally has a home on this LP.

He tweeted, “after almost 3 years… The Water Fountain is FINALLY out! Thx for being patient.” The song was definitely worth the wait. It captured us immediately, pulling us into every note.

my first mixtape “Narrated for You” is out now … 2 years ago i was dropped from a record label and wasn’t sure if i was going to be able to keep making music … thank you for supporting me through all of the highs and lows . i am so grateful . this mixtape is for you … link in bio

Other songs from the album include “Annabelle’s Homework,” “Let Me Down Slowly,” “Steve” and “1994.” Again, each of these songs feels as though you’re reading a children’s book, progressing through the plot with the verses and guitar chords.

It goes without saying that Alec Benjamin’s fans are dedicated, as they mainly had to go to YouTube to listen to his music. Now, that dedication is paying off. Benjamin is currently on his first U.S. headlining tour and every single date is sold-out. Obviously, that’s a huge accomplishment for anyone, let alone this indie singer.

If you’ve never heard of Alec Benjamin, you’re going to want to hop onboard now. His career is growing exponentially and he deserves all of his hard-earned success. His talent in beyond words, and Narrated For You really speaks to that. Well, what are you waiting for? Go check out Alec’s EP right now!