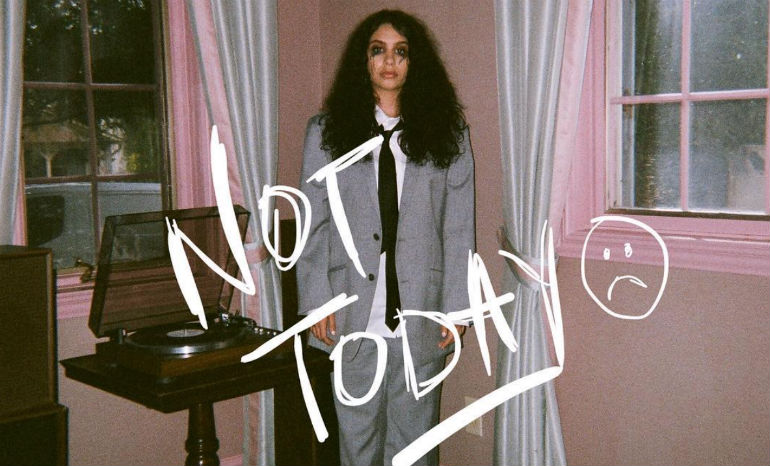 Alessia Cara has become one of our go-to artists for self-love anthems. Like “Scars To Your Beautiful,” her latest single, “Not Today,” from her sophomore album The Pains of Growing, is a song that preaches inner strength and bravery. However, they differ in many ways, too. While “Scars” is all about loving your insecurities despite society constantly telling us we’re not enough, “Not Today” gives us a chance to breathe. In the song, Cara lets us know that it’s alright to cry a little — or at least for a day before we can attempt to navigate the world tomorrow.

The track is smooth and beat-driven. It’s very much like the song that helped her rise to fame, titled “Here,” which was the first taste we had of the musician. On that note, it’s also a great direction to step back into, reminding us of why we fell in love with her music in the first place. Already, we’re familiar with her angelic vocals as she empathizes with the listener about their failed relationship — an obstacle we can all understand.

“Someday I won’t be afraid of my head // Someday I will not be chained to my bed // Someday I’ll forget the day he left //But surely not today,” Cara belts in the first lines of the easy-going R&B-esque jam. She reminds us to take a break from acting like we’re invincible and putting on a strong front all of the time. The song serves as a reminder that it’s okay to cry because tomorrow will be a better day.

On Twitter, the songstress said that the track was born out of her own experience with sadness after basking in it and finally realizing that she wanted to be happy again.

feeling miserable and realizing it was okay to bask in it until I was ready to try happiness again https://t.co/YjqcgHmTRs

Her debut album, Mr. Know-It-All, was a fresh, ideal beginning for a breakout artist. It was promising to hear a woman passionately sing about loving herself and her flaws in a society that often denies that idea. She seems to continue that mindset in her next LP, which is expected to be released on November 30. Overall, Cara has cultivated an image of herself that’s admirable. She’s a role model that young girls can look up to, and she’s earned it.