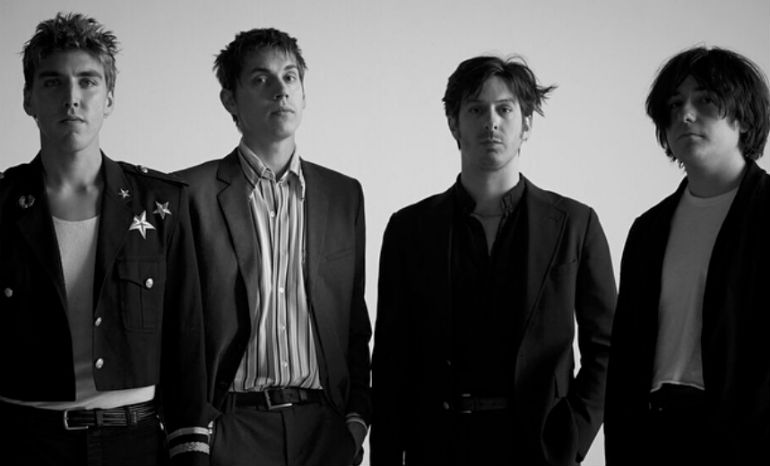 After their year-long break, Bad Suns has finally returned with their highly anticipated new single, “Away We Go.” There’s always been something nostalgic about Bad Suns’ music, and the band has definitely carried that aesthetic into their new wave as they prepare for a new album. Lead singer Christo Bowman took to Twitter to share that the new song was actually released exactly five years after the release of their first ever single, “Cardiac Arrest.” Coincidence? We think not!

“Away We Go” marks a great comeback for the band as it incorporates an old-school piano riff with a pop twist. The single is fun and exciting, and their loyal fans couldn’t be happier about the new release. The main theme of the song explores the feeling of wanderlust and love.

In the opening lines, Bowman sings, “I need some kind of reaction // I need a little compassion, passion too // Maybe a night of romance // Can I dance with you?” In this lyric, he’s expressing his craving for something new and thrilling, hoping his love interest is on board.

The catchiest part of “Away We Go” is without a doubt the chorus, “Away we go // We don’t have forever // Away we go // Tomorrow might be better // Let’s get on the road.” He belts out these simple lyrics with so much passion, making it hard to get this contagious song out of your head.

This new single is a new beginning for Bad Suns in more way than just one. This is their first release since signing with Epitaph Records, who will be a big part of the band’s upcoming album release. In fact, just last month the band officially announced on Twitter that their third album is officially complete.

the third album by bad suns has been completed. pic.twitter.com/UP2lFpTG0p

Now that the album is finished, all we can do is buy tickets to their upcoming 2019 tour and wait for them to drop a release date! In the meantime, though, we hope that “Away We Go” will hold you down until 2019. As for us? We’ll be blasting it on repeat.