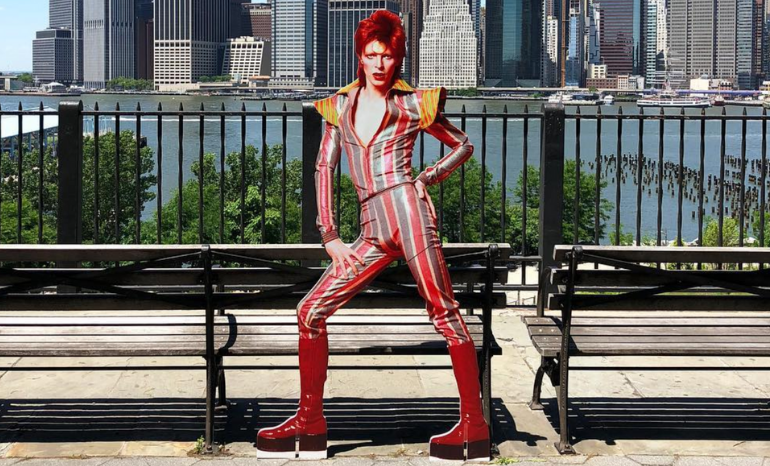 David Bowie Is was a traveling museum exhibit that toured around the world since its start in 2013 at the Victoria and Albert Museum in London, and it just recently had its final stop in Brooklyn, New York this past summer.  Don’t be upset if you missed the exhibit, though! Developers are bringing the exhibition to your IOS or Android devices on January 8, 2019, which would have been Bowie’s 72nd birthday! What a perfect way to celebrate the music legend!

The app is said to be very immersive and one of the first of its kind, allowing fans to get 360 detailed views of over 400 iconic artifacts from David Bowie’s personal collection. Fans will be able to see over 60 of David Bowie’s extravagant costumes that he wore during his performances and music videos.

The exhibit also will display approximately 85 handwritten lyric sheets from some of Bowie’s most popular songs. In addition, the app will show photographs, sketches, artwork and will also display many of Bowie’s music videos.

All of the items in the exhibit will take fans through Bowie’s creative processes through the years and really give music fans insight into not only Bowie’s mind but his life as well. The app will include Bowie’s music along with a narration about each artifact.

We don’t know about you, but we are very excited for the release of this app early next year as it will be a wonderful way to explore and remember David Bowie’s life and truly remember the amazing and iconic musician that he was. January 8 couldn’t come soon enough.

What are you looking forward to most about the app’s release? Let us know in the comments below or tweet us @soundigest! In the meantime, celebrate Bowie’s legacy by jamming out to all of his greatest hits.