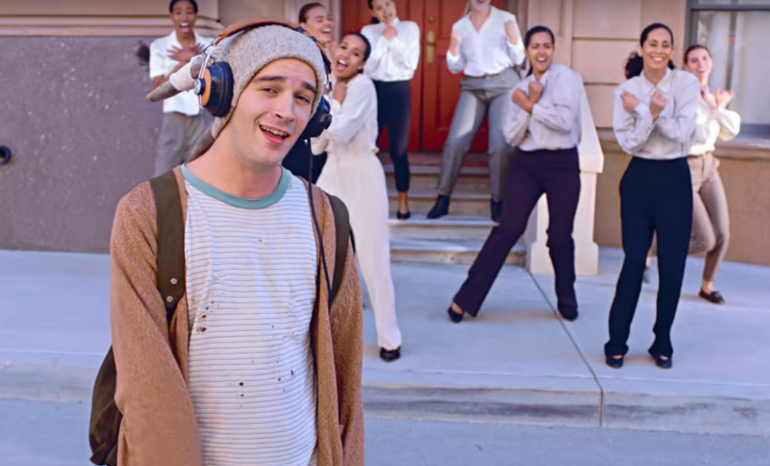 The 1975 is gearing up for the release of its third studio LP, A Brief Inquiry Into Online Relationships, which is out later this week on November 30. To hold fans over the last few days before the album drops, the band premiered its music video for the record’s third single, “Sincerity Is Scary.”

The video begins with a close-up of the lead singer, Matty Healy, waking up for the day and heading out of his apartment. As Healy walks out into the world, a street musical begins with horns and enticing strangers, while the choreography gives it a retro vibe. The video could easily be described as a “wholesome,” showing Healy dancing in the streets, playing hopscotch with a child, and giving a rose to an elderly woman.

Genius also released a video alongside the music video for “Sincerity Is Scary,” where they sat down with Matty Healy and he explained the lyrics, giving fans a little more insight on the single.

This is just the beginning for this era of The 1975. The band is gearing up for a massive tour run this upcoming year, hitting cities across North America and Europe alike. The band has also been announced as a headliner for the Reading and Leeds Festival in the UK next summer. On top of the incredible tour schedule, The 1975 is planning to release another album sometime in 2019 titled Notes On A Conditional Form.

You can watch The 1975’s new music video for “Sincerity Is Scary” below: