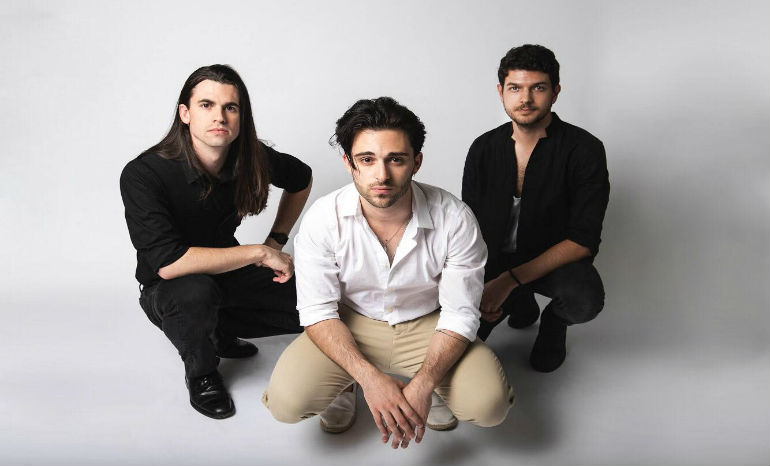 Sometimes, playing in various types of bands gives musicians a better idea of what kind of music they ultimately want to make. That was certainly the case for Origami Crane. This indie pop trio originally met when they were students at Berklee College of Music in Boston, but it wasn’t until years later, after touring with other artists, that they reunited to form Origami Crane. Check out our interview to find out how they got their name, who their biggest influences are, and how they’re loosely tied to Ariana Grande.

Thanks for taking the time out to chat with us! To start, where did the name Origami Crane originate from? And do any of you know how to do origami?!

We’re glad you asked! The origin story of our band name is widely debated and has remained a mystery for years. However, we do believe it has something to do with a midnight train to Kansas City, a one-armed hitchhiker, and too much rum. What we can say for sure is that we love the image and its history as a symbol for peace, hope and healing. In the early days, we all learned how to make origami cranes, but have since forgotten.

What made you decide to make the move from Denver to NYC?

It was actually a pretty spontaneous decision! Well, in the sense that we were all sitting at a burger shop and, having known that someday we would either relocate to LA or NYC, Jake asked, “Hey, how about we move to NYC?,” to which everyone responded, “…sure,” rather casually. After that point it took about six months to uproot and get ready for the drive cross country.

I’ve listened to your three singles out now (“Turn Around,” “Like a Flame,” and “SQ1”) and can honestly say that I can’t think of artists you sound like. What artists inspired you to form Origami Crane, and what inspired you while you were studying at Berklee?

Thank you! We certainly take that as a compliment. The artists that inspired us at Berklee are pretty different than the artists that inspired OC. At Berklee we were listening to anything ranging from Coldplay and Dave Matthews Band to Jazz artists like Miles Davis, Taylor Eigsti, Brad Mehldau, and film scorers such as Thomas Newman and Michael Giacchino. Our influences when we were forming OC were more along the lines of The 1975, Fickle Friends, Jon Bellion, Oh Wonder, Skogsrå, Maroon 5 and more!

You’ve worked with Arthur Indrikovs (Florence + the Machine, Calvin Harris), as well as Brent Kolatalo (Ariana Grande, Kanye West). How did you meet them both?

We discovered an amazing site called Soundbetter.com, which allows artists to basically “shop” for their production needs, as well as offering many other resources and services. We reviewed a lot of mixing and mastering engineers, but ultimately, we were so blown away by Brent and Arthur’s individual sounds and credits that it was a no-brainer.

Do you have any plans to make a full-length album soon?

At the moment, the longest project we’re discussing is an EP. Full-length albums, though an amazing display of work for an artist, are first, very costly, and secondly, are a little difficult to market in terms of the modern listener’s attention span. We do have enough music to make an album, though, and are still writing more.

Rapid fire time! What’s the one city you want to perform in before you die?

Ultimate artist to open for?

Any alternative band names you were thinking of using?

Song you can listen to on repeat and never get sick of?

Last concert you went to?

Spoon. They always put on a great show.