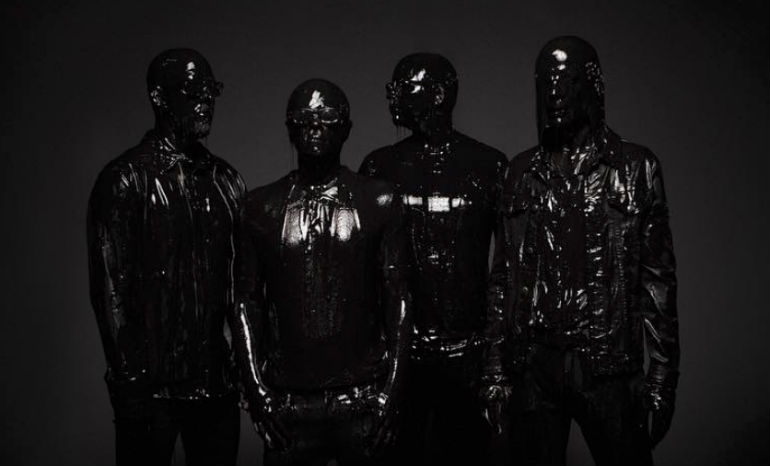 Get ready, you guys! ’90s rock band Weezer is back to making new music, dropping “Can’t Knock the Hustle” as the first single off their upcoming LP, The Black Album. This body of music will be their 12th full-length album and will be released on March 1, 2019. The record will serve as a follow-up to their 2017 album, Pacific Daydream.

For those who haven’t yet listened, “Can’t Knock the Hustle” is an eerie, monotone single produced by TV On The Radio‘s Dave Sitek. Along with the new song, the band dropped a brand new music video starring Pete Wentz of Fall Out Boy.

The lyrics of the song are a bit unsettling, to say the least. Lines like “The future’s so bright I gotta poke my eyes out” and “Don’t step to me, bitch” highlight the ominous tone of the song. The instrumentals make the song even creepier, making it feel as though it should be a part of a Halloween playlist. They kept the track simple to shift our focus on the lyrics, which was a strong decision for the band.

Singer Rivers Cuomo teased fans on Twitter back in June, saying, “black album in 4 days and not a word,” followed by, “Wait can someone explain why people are thinking Black album is tomorrow?” only a few days later. On November 21, the band tweeted out, “Welcome to the dark side,” with the album announcement and pre-order link. A second single has also since been released, “Zombie Bastards.”

New York, the Weezer x @PIXIESofficial tour is coming to @TheGarden on March 12th, and we're bringing along special guest @tvontheradio to join in on the fun. Pre-sale starts Monday, 11/26 at 11am ET. Sign up to the mailing list by Sunday at 7pm ET to get the code sent to you: weezer.com General on sale starts Friday, 11/30, at 12pm ET.

After touring in 2018 with The Pixies, the two bands have decided to lengthen their tour, adding dates for March and April 2019. The tour will begin in Louisville, Kentucky on March 8 and end in Las Vegas, Nevada on April 12. If you haven’t already, go watch Weezer’s music video for “Can’t Knock the Hustle,” pre-order the The Black Album, and buy your tickets for 2019! They’re back, baby!