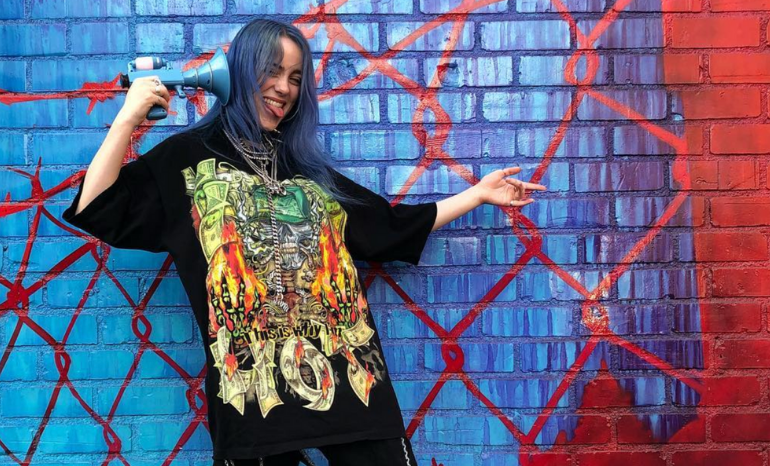 Alternative singer Billie Eilish is taking over the music scene. The 16-year-old singer recently released a new song for the holidays, and what better way to celebrate the Christmas season than with music? The holiday ballad, “Come Out and Play,” was written in partnership with Apple for its latest holiday ad campaign titled “Share Your Gifts.”

The short animated film advertisement features Eilish’s song in the background as a young female creative struggles with the hear of sharing her ideas and creativity with the world, keeping them out of sight in a locked box. Towards the end of the heartwarming ad, the young woman’s ideas get out, and she realizes via the amazing reactions of others how incredible her ideas actually are.

The soft tune in conjunction with the clever and fun lyrics mixed with Eilish’s soft yet powerful voice makes the song perfectly balanced.

“come out and play” is out now as part of @apple’s cute ass film “share your gifts”, link in bio

The chorus of the song reads, “You don’t have to keep it quiet // Yeah, I know it makes you nervous // But I promise you, it’s worth it // To show ‘em everything you kept inside // Don’t hide.”

These beautiful lyrics can not only be applied to Apple’s campaign, but they can also be applied to the normal feelings we experience everyday as human beings, which makes Eilish’s lyrics an inspiration for many this season.

Although the “Ocean Eyes” singer has never written a song like this before, she and her brother, who is also her producer, were more than happy to take on the project, and in a recent interview, the duo said they were “beyond honored to be a part of the wonderful piece.”

The positive messages not only illustrated in the ad but the song itself encourage people to embrace their talents and gifts no matter what they may be. The track leaves its listeners with the message of this: you never know what opportunities lie ahead if you just put yourself out there.