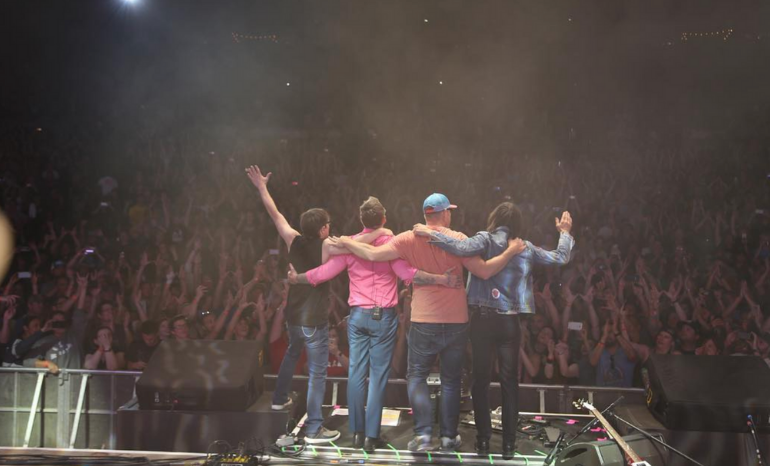 With the recent announcement of its newest album The Black Album, Weezer has released the second track from its upcoming LP titled “Zombie Bastards.”

After the release of the album’s first single, “Can’t Knock the Hustle,” fans were dying for more from the band’s upcoming album, and from what we can see, the release of “Zombie Bastards” has given them (and us) just enough to hold them off until the March 1 release date.

The LP is the American rock band’s 12th record since the their debut album Weezer. While we’ve seen many colors from the group over the years, The Black Album promises to display a darker side of the band.

Welcome to the dark side. . The Black Album (ft. Can't Knock The Hustle) arrives on March 1st, 2019. Pre-order it now (link in bio) get your hands on one of the many bundles in the webstore (there’s something for everyone). The following vinyl colors will only be available from the webstore (weezerwebstore.com), get them before they’re gone forever: 500 clear with black color in color, 1500 clear with black splatter, 2000 black cloud

“Zombie Bastards” displays just that. The track is a perfect blend of Halloween-inspired lyrics and a breezy summer island vibe, which you would think wouldn’t mesh well at all, but you would definitely be mistaken. The song begins with the lyrics, “Die, die, you zombie bastards,” and as soon as we heard those words, we knew this album will be taking us for a ride come March. The song describes the journey of Rivers Cuomo, the band’s vocalist and lead guitarist, and his girl running from the zombies coming after them, happily telling the story of their fight against all of the threats they face in the world.
Weezer is really taking their musical experimentation to a new level, and this track gives us a proper tast of what we can expect from the new album. Their sound is evolving well within their alternative genre, marking their longeviry in the always-changing radio playlists.

Check out “Zombie Bastards” and “Can’t Knock the Hustle” from Weezer’s upcoming record The Black Album now and stay tuned for the album release in March.