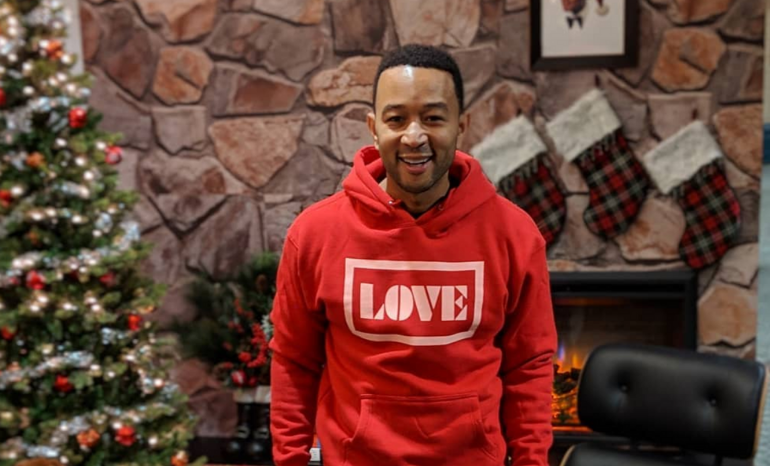 It’s the most wonderful time of the year, and we get to celebrate it all month long! This is the best time of year for television. There are endless amounts of Hallmark holiday movies, lots of parades to watch, and tons of holiday music specials! While it’s not even December yet, two holiday specials have already aired. This past Wednesday, NBC aired its 86th annual Rockefeller Center Christmas Tree Lighting Ceremony with performances by Diana Ross, Kellie Pickler, Pentatonix, John Legend, Darci Lynne, Brett Eldredge, Diana Krall, and Martina McBride. Immediately following that, NBC aired A Legendary Christmas with John and Chrissy featuring John Legend and Chrissy Teigen. It was a scripted variety show and many musicians joined in, including Meghan Trainor, Darren Chris, Raphael Saadiq, and Stevie Wonder. Teigen even fake auditioned for The Voice! If you missed A Legendary Christmas with John and Chrissy, it will re-air on NBC on December 12 at 10/9c.

THIS IS NOT A DRILL! @CHRISSYTEIGEN AUDITIONED FOR #THEVOICE. 🗣‼️

See the actual best moment of our lives during #ALegendaryChristmas TONIGHT 10/9c on @NBC! 👏 pic.twitter.com/w49lM97tA6

December is packed with holiday music specials and look below to read about five we can’t wait to watch!

We can all get a little Nashville in our living rooms on December 10th! CMA Country Christmas returns for its 9th annual show and has a star-studded line-up! Reba McEntire is back as the host for the second year and will be performing holiday classics along with Brad Paisley, Dan + Shay, Martina McBride, Brett Eldridge, Old Dominion, Lindsey Stirling, Dustin Lynch, Amy Grant, Tony Bennett and Diana Krall, Brett Young, The Isaacs, and Michael W. Smith.

‘Tis the season! 🔔🎄 Join @Reba as she kicks off the holiday season with #CMAchristmas on Monday, Dec. 10 at 8|7c on @ABCNetwork.

2018 is the year of Pentatonix. Their Christmas album Christmas Is Here was released last month, they’ve kicked off their Christmas Is Here! tour, and they’re on almost every holiday special this season! Their own special will feature collaborations with Kelly Clarkson and Maren Morris, who are both featured on their album, as well as Backstreet Boys and Penn & Teller.

EXCITING ANNOUNCEMENT! 📺🎄 We are SO THRILLED to share the news that we’ll be back again with a BRAND NEW CHRISTMAS SPECIAL this year with special guests @kellyclarkson, @BackstreetBoys, @MarenMorris, and @pennandtellerlive!!! “Pentatonix: A Not So Silent Night” will air NEXT MONTH on DECEMBER 10TH! It all happens on NBC at 10/9c. #PTXANotSoSilentNight #PTXChristmasIsHere

Darci Lynne: My Hometown Christmas – December 11 on NBC at 9/8c

Darci Lynne is having a busy 2018! When not performing at the Rockefeller Center Christmas Tree Lighting Ceremony or prepping for her upcoming tour, the 14-year-old America’s Got Talent winner and singer/ventriloquist will be bringing us to her hometown of Oklahoma City to spend the holidays! She’ll be joined by artists like Toby Keith, Kristin Chenoweth, Lindsey Stirling, Pentatonix, Hunter Hayes, and stars from AGT!

I’m SO excited for everyone to join me on a trip to my hometown this Christmas!! Tune in Dec. 11 on @nbc!!! I’ll be joined by very special guests from @AGT, @KChenoweth, @tobykeith, @PTXofficial, @HunterHayes, @LindseyStirling and more! 🎄❤️ Check out my story for more info!

One of our favorite concert events of the year is Jingle Ball! Dozens of artists like Cardi B, Shawn Mendes, Calvin Harris, Camila Cabello, Dua Lipa, and 5 Seconds of Summer will be performing at various Jingle Ball concerts this holiday season in New York City, Boston, Chicago, Minneapolis, Washington DC, Dallas, Los Angeles, Miami, Tampa, Atlanta, Philadelphia, and San Francisco. Not able to attend one of the shows? No worries! On December 16, highlights from the twelve shows will air on the CW.

We are revealing all the lineups for the 2018 #iHeartJingleBall Tour presented by @CapitalOne today! Which city will we see you in?

Want to stay in on New Years Eve? Let NBC entertain you! They’ll be airing a fun music special featuring two of The Voice coaches, Kelly Clarkson and Blake Shelton as well as Andy Grammer!