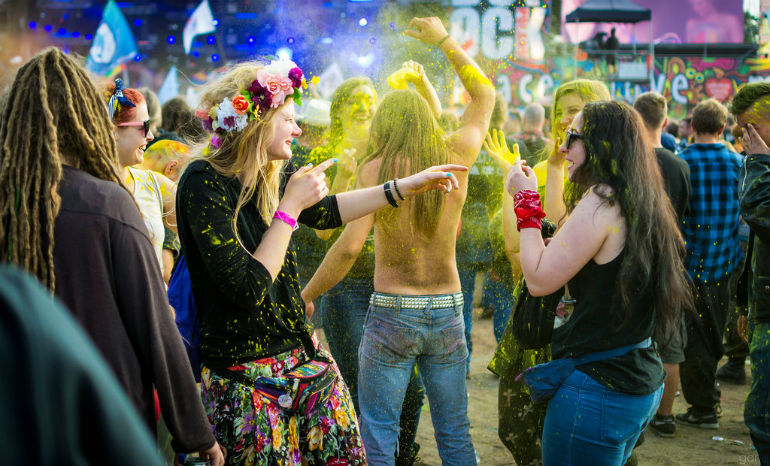 Coachella, EDC, Lollapalooza, Bonnaroo, and Glastonbury. You hear these names every single year as music festival season approaches, but would all these events even be possible without their inspirational predecessor, and perhaps the most famous music festival in world history? Maybe, but probably not. Next year marks the 50th anniversary of Woodstock Music & Arts Fair, and you bet there will be a big celebration.

It may not be the summer of ‘69, but Michael Lang, one of the festival’s original promoters, is determined to make it as nostalgic as possible. While “this is not a done deal yet,” Lang explains that “it’s very close,” and that there are “definite plans.” How groovy!

The grounds where Woodstock was once held is now home to the Bethel Woods Center for the Arts. Visitors can tour the grounds, browse the museum, and catch occasional performances by festival veterans. The field even has a giant peace sign mowed into the lawn.

There has been no announcement about where the anniversary festival will be held, but we can only hope it will be at the site that started a musical revolution. Lang is taking the overwhelming popularity of the historic event as an opportunity to “hopefully encourage people to get involved with our lives on the planet.” He says that the new festival will involve themes of social justice, activism, and sustainability–a modern take on the values that the original fest portrayed.

The announcement of this epic upcoming festival has fans buzzing with curiosity. Rumors and guesses of who will be performing have been circulating the Internet, and most recently, there has been talk of what is said to be an official leak of the festival’s plans. The Festive Owl posted photos of what seems to be a mock of the anniversary event.

The rumored festival is called “Journey On” and will be held right where everyone had hoped–at Bethel Woods! The festival seems to celebrate all genres of music, not just rock & roll, with the inclusion of pop, hip-hop, indie, EDM, country, and even Latin. Artists circulating the gossip comprise of Phish, The Who, Foo Fighters, Coldplay, Ariana Grande, Skrillex, Zac Brown Band, Mumford & Sons, and more. How insane would that be? Imagine having one festival that combined all of the biggest names in music. We can’t even imagine.

I guess the only thing we can do now is wait for an official announcement, and maybe hope that Jimi Hendrix and Janis Joplin will make a miraculous appearance.