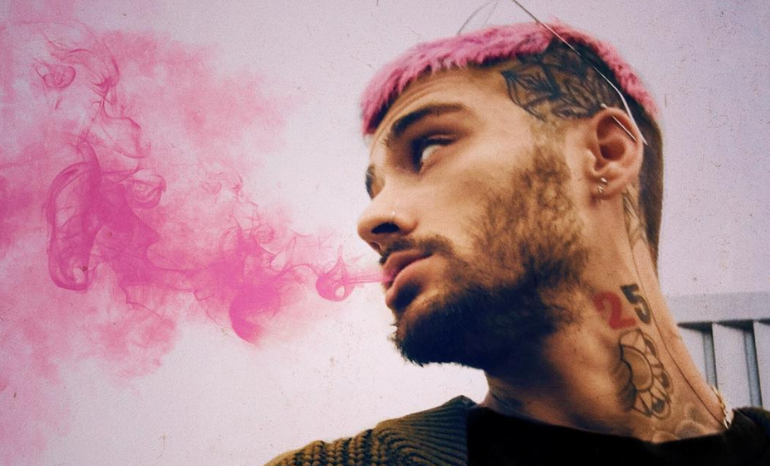 On Thursday, November 29, Zayn announced the upcoming release of his sophomore album, Icarus Falls, while also teasing the next-day release of his single “Rainberry.” For anyone who was a fan of Zayn’s debut LP, Mind of Mine, this track won’t disappoint. While the artist has released multiple singles in between the two records, including a recent collaboration with Nicki Minaj, “Rainberry” stands apart from the rest, and you’ll understand why as soon as you hear the first beat drop.

The song begins just as you’d expect—with a falsetto that can make or break your heart in a split second—and the boy-band-turned-solo artist doesn’t hesitate to bring us to our knees as he smoothly sings, “Rainberry, please // You think I’m on my knees // But don’t you worry // I know what you don’t know.”

Like many of Zayn’s tracks, this song is sexy, but it also has a sick-ass beat. At the same time, Malik shows a level of vulnerability in his lyricism that you may not catch during your first listen. The “Pillowtalk” singer lays all his cards on the table as he confronts his lover about knowing she is hiding something from him.

He sings, “Too many bones inside your closet // You thought you buried deep // But they never let me get a minute of peace // How do you sleep?” Who could have thought confrontation could sound so poetic? This single is honestly what I, and I’m sure many others, have been waiting for from the artist since falling in love with his R&B-influenced sound on his debut record.

While 2018 has been filled with some amazing new music, Zayn certainly is helping us close out the year with a bang(er). It’s a song fans are calling nothing short of a masterpiece, and it’s definitely got us sitting on the edge of our seats, not-so-patiently waiting for Icarus Falls to drop in less than two weeks.

Whether you’re here for the upbeat vibes or for the amazing lyricism, you won’t be able to stop blasting this absolute BOP through your speakers. In fact, if you haven’t had this on repeat all weekend, I really don’t know what you’re doing with your life.

The single drop was also joined by a lyric video, which was kept simple with the single’s cover art. Check it out below, and stay tuned for Zayn’s release of Icarus Falls on December 14.