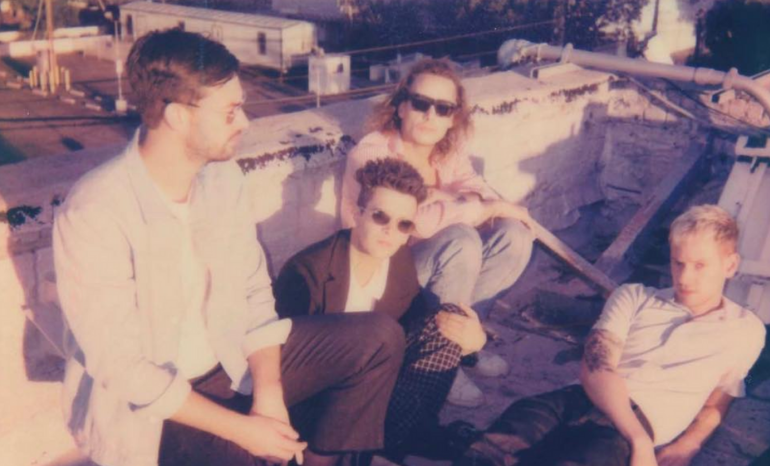 Prepare your tissues. The 1975 just released their new album, and the closer, I Always Wanna Die (Sometimes),” stirs up all kinds of emotions. The song is soft, bleak, melodic, and honest. Singer Matty Healy carefully crafted words that are relatable with his ever-present hint of irony. Musically, the song resembles the sounds of 80s and 90s British artists and has even been compared to the likes of Oasis. It even uses strings done by David Campbell, who worked on Iris by the Goo Goo Dolls. Despite The 1975 often being controversial among music fans, this song has the power to reach a wider audience.

The 1975 has taken a very bold approach with their new album A Brief Inquiry Into Online Relationships. Many of the songs make jabs at how society is nowadays, especially how the Internet has shaped how we interact with each other. “I Always Wanna Die (Sometimes)” is sad in the way Healy sings about living through the mundane. Longing for the past and wanting a different life is something many listeners can relate to. Within the text, Healy struggles with how difficult his own death would be on others and that ultimately suicide is not worth it. The song title shows irony and honesty in the sense that the lyrics represent someone who is often suicidal, but those feelings can come and go.

Although the lyrics are heavy, with today’s Internet culture, they seem almost less meaningful. With the increase in self-deprecating humor, “I Always Wanna Die (Sometimes)” might come off as the usual. Maybe it was meant to be like that for surface level listeners. When hearing the verses, you can tell how carefully Healy mulled over how he feels about mortality. The best of his words come at the end of the song to give some light in the dark. “If you can’t survive, just try.” Things will not always be easy, but the reality of just doing your best to get through is powerful in itself.

Musically, “I Always Wanna Die (Sometimes)” really rounds out the second half of the album, which is softer than the first half. The acoustic guitar and strings really bring out the fragility of the lyrics. Healy sings most of the words in a whisper. However, the chorus brings about the vibes of adult contemporary rock found in top tracks from the 80s and 90s. The backing strings give a “Bittersweet Symphony” style to the song. As the track continues to build, it would be easy to imagine this song used in a movie when a character is going through a difficult situation. Finally, the track ends with a minute of just strings. It is a beautiful, sad, and almost ominous way to end the album while capturing its essence.

Well, The 1975 has done it again. They always find a way to create a variety among the songs on an album while still making it a cohesive unit. Healy also manages to string words together that really make you think. “I Always Wanna Die (Sometimes)” is no exception. The song is beautifully sad, and musically, a hit. What a way to close an album. We will be looking forward to maybe hearing this one live and will most likely see a few tattoos inspired by the words. Listen to “I Always Wanna Die (Sometimes)” below and catch The 1975 on the road soon here.