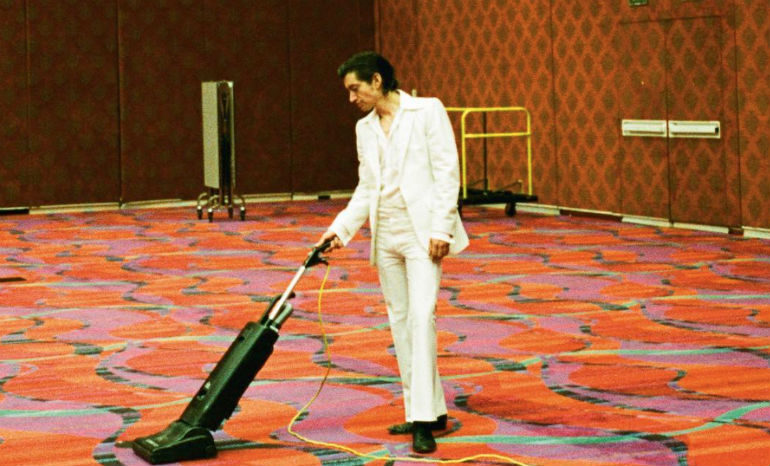 “Anyways” has been released in conjunction with their new mini-documentary, Warp Speed Chic, which gives fans an in-depth look at the making of the Tranquility Base Hotel & Casino album.

Tranquility Base Hotel & Casino was a bit of a departure from the band’s older records. Most of Arctic Monkeys’ previous songs had a loud rock ‘n’ roll vibe. Many would agree, however, that this album is much slower and more avant-garde than the others. Sadly, it’s by far my least favorite of theirs, and I personally found it to be extremely forgettable. The single, “Anyways” is no exception.

Upon listening to “Anyways” for the first time, I was instantly bored. To top it all of, when it was over I couldn’t remember what I had just listened to. It’s anticlimactic and has no hook. Lead singer Alex Turner‘s vocals are the only pleasant part of the song. He croons in a way that makes you think he’s singing directly to you. Then, you realize that although the singing is nice, you’d rather be listening to something else.

Considering Arctic Monkeys is one of my personal favorite bands, it’s a shame this single (and album) just couldn’t measure up. When I fell in love Arctic Monkeys, it was because of their authentic, dirty rock sound, which was lost on their latest release. That said, I’m happy the band is experimenting and not releasing the same exact thing over and over again.

Overall, it seems that this new sound is almost too different from what many fans know and love them for. For their next album, whenever that may come out, it’s my hope that they find some sort of middle ground between old and new and figure out the burning question, “Who The F*** Are The Arctic Monkeys?” At this point, we’d all love to know!