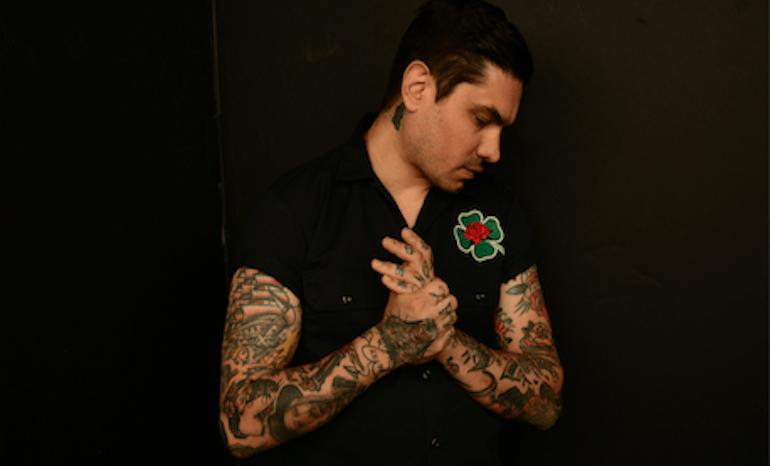 What’s the best cure for being sad? Listening to sad, acoustic music, of course! Well, good news! Spirit Houses, a solo project by Mike Ireland, just released a new EP called Two Passing Ships, and do you want to know the best part? The EP pulls at all the right heartstrings.

Spirit Houses is made up of seven acoustic tracks, all emotionally charged in their own unique way. It’s obvious that the songs are personal to Ireland, and in that, it becomes personal to the listener. It feels as though we are living out these moments with him.

Ireland’s raw voice radiates emotion. Sometimes, however, he hides behind his instruments. For example, if the third track off the EP, “We All Die Alone,” had less drums and upbeat guitar, the emotion would resonate a bit better. Yet, he makes up for it in the next two tracks, “Perfect Irish Stout” and “Sweetheart I’m Jealous,” where it’s just him, his voice, and a guitar. It’s songs like these that pull out all the emotions from within. While they’re very specific to Ireland himself, the specificity makes them almost universal.

My new record “ Two Passing Ships” will be out this Friday via @darkshoremusic on all streaming platforms. Thank you for listening🖤🗡

When discussing Two Passing Ships, Ireland said, “This EP is the story of the worst year of my life. Experiencing the lowest of the low and somehow making it out alive. I was in such a crucially dark place when I made this record. I was absolutely rock bottom depressed and f*cked. I had to do it.”

On his solo project, specifically, Ireland said, “Spirit Houses is a look into my psyche. Every song is true and every song is autobiographical. It’s my only way to properly communicate my thoughts to others and myself.”

If you’re looking to have your emotions played with to an extreme, Two Passing Ships is the way to go. The tracklist looks like this:

1. Nightmares Every Night
2. Inn on Ursulines
3. We All Die Alone
4. Perfect Irish Stout
5. Sweetheart I’m Jealous
6. Death Was a Naked Sword
7. An Open Letter to My Future Love

Well, what are you waiting for? Go grab a box of tissues and get ready for an emotional rollercoaster while listening to Two Passing Ships by Spirit Houses.