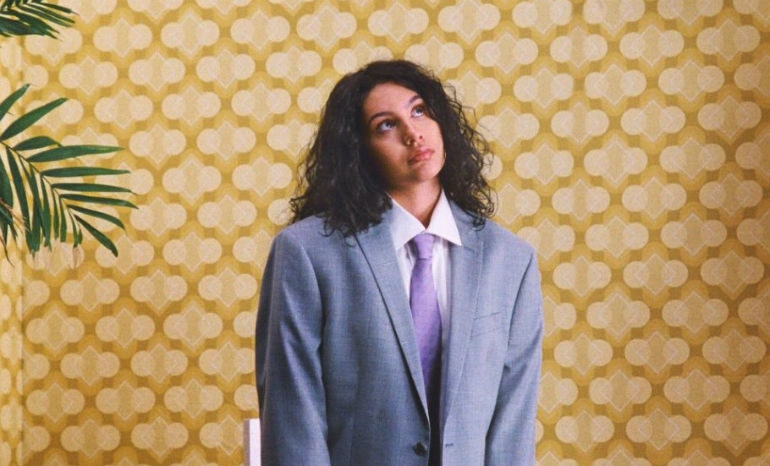 It’s been three years since Canadian Pop/R&B songstress Alessia Cara released her introverted anthem “Here,” and her debut album Know It All. Since then, she’s grown out of her teenage years to become one of pop’s biggest stars while still remaining an outsider of sorts. She won the Grammy Award for Best New Artist, but was criticized by viewers for not being “new” enough. Unfortunately, she isn’t a stranger to criticism, and that’s just one many examples.

A few days before her album release, the 22-year-old announced a break from social media and explained that online comments–especially ones attacking her appearance, had become increasingly vicious. Fortunately, the break was short-lived as she decided to come back for the sake of her fans.

“It wouldn’t be fair to leave you guys hanging during album time,” the “Stay” songstress tweeted.

All this is to say, growing up can be really hard, which is why Alessia’s new album, The Pains of Growing, is all about adulthood and the difficulties that come with growing up.

The first single off the album, “Growing Pains,” was the first song she wrote for new LP.

“That song broke the wall of this entire story that I decided I wanted to tell,” she said.

And she was right. The song sets the tone for the entire album and carries out the basic synopsis of the pains of growing up and questioning everything you thought once knew. On the old school bluesy track, “Not Today,” the lyrics are painfully relatable as she struggles to find the light at the end of the tunnel.

“Maybe one day it’ll be a breeze //  But surely not today,” she sings.

Cara also explores pop-reggae on this album in her second single and breakup anthem, “Trust My Lonely.”

In “I Don’t Want To,” “A Little More,” and “Comfortable,” we get a sense of the singer’s vulnerability and insecurities when it comes to her relationships.

The heartbreaking track “Out of Love” is written from the perspective of Alessia’s friend who went through a breakup. It’s hard not to shed a tear when listening to this ballad, but Alessia’s got the magic touch. She revealed that her friend is now back together with the other person and, honestly, we think this song might have something to do with it.

On one of the album’s most poignant tracks, “7 Days,” she has a direct conversation with God and she’s not afraid to express how she really feels about the state of the world.

“Does he hang his head at all the greed that we possess? // As the anti-social media perpetuates the mess.”

She shares similar frustrations in “All We Know” with lyrics like, “It’s so damn hard to believe in anything again // Wise is the optimist // But truth is I don’t understand.”

In “Nintendo Game,” a song that almost didn’t make the album at all, she compares relationships to gamesmanship and throws in a few clever references to Mario Kart and Zelda.

“All the trash talk is getting real old // I’d rather try my hand at Rainbow Road.”

Perhaps the most revealing track on the album is “Girl Next Door,” as she contemplates what her legacy will be.

She sings, “I’m not Bowie, Prince or Queen // But at least I do what I dream // And I rock my soul on both sleeves of my T-shirt.”

Cara’s role in this album is unlike that of her pop counterparts. All songs were either co-written or written by herself. She even produced three songs! Although she sees herself as an outsider on this album, she’s unapologetic about it. Very few can translate their angst and feelings into their music as gracefully as Alessia does, and that’s why we love her.