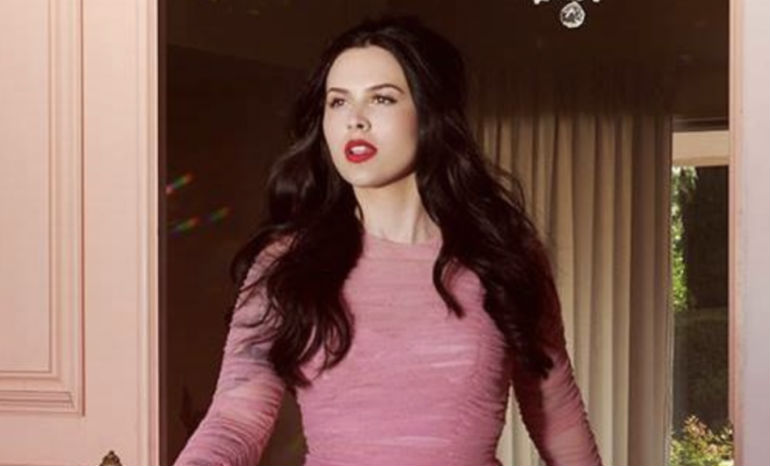 If you don’t know Anna Moon yet, allow us to introduce you. So far, she’s been compared to the likes of Amy Winehouse and Billie Holliday, who, as we all know, are complete R&B powerhouses.

The Atlanta-native is quite the contradiction. From her pop sound with a jazz flare to the word “elegance” tattooed on her knuckles in graffiti font, nothing about Anna Moon is as you would expect, which is one of the many reasons we love her!

Here at Soundigest, we got the chance to talk with Anna about her latest releases, upcoming debut album, and how she got started with music in the first place!

Put your lipstick on baby, time to rule the world. 💄

Thank you so much for taking the time to talk with us! I’d love to just start right off and ask you about your musical inspirations. I’m sure growing up in Atlanta you’ve had a lot of different influences. Can you speak to how growing up in that music hub has influenced your sound?

Atlanta is an extremely special place to me. It shaped not only who I am as an artist, but who I am as a person. The bar of talent in that city is set so high that it really makes you step up and work ten times harder. So as far as my sound and Atlanta’s contribution, I would have to say that it made me really hone in on my songs and to be relentless in the pursuit of originality.

Speaking of inspirations, what inspired you to begin playing and performing music in the first place?

I’ve always enjoyed performing. I was the kid who, at three years old, was putting on a whole dance recital at family get-togethers. One summer, when I was 8 years old, I attended a theater camp. It was there that I fell in love with the stage and began crafting out a way I could spend more time on it.

Songwriting is something that has no formula. There’s a song by Dan Auerbach I love called “Waiting On a Song” which he co-wrote with John Prine that I feel probably best describes how random it can be.

Your debut full-length album is set to be released later this year — congratulations! Can you tell us a little bit about the album?

I put my heart and soul into this album. Being my first, I really strived to create a spectrum of my vision. There are songs that lean more towards my jazz influences, and ones that lean more pop. I wanted to create something that fully represented me and the juxtapositions that inspire me.

You collaborated with your husband, Niko Moon, on this album.  How did you two decide to work together? Was it an obvious collaboration?

Anyone who knows me and Niko knows that we love nothing more than working together. It is so incredibly fun getting to create music with someone who understands you so deeply.

You have a beautifully unique sound, aesthetic, and overall vibe. I’d love to see that translated into a music video! Can we expect any with the upcoming album?

Yes, of course. Visual representation of these songs is what keeps me up at night. It is such an important part of conveying my vision and really bringing the music to life. Let’s just say I have ideas for days and I can’t wait to share them!

You’ll also be touring quite a bit in the coming months! What are you hoping to learn or take away from this tour?

I’m so excited about my up coming shows! Honestly, I just can’t wait to spend time with people who love music as much as me.

First album you ever bought?

Most likely something by the Spice Girls.

My husbands band Sir Rosevelt did a collaboration concert with Cirque du Soleil in Denver earlier this year… it was INSANE!

The last song you listened to?

Do you have a message for your fans?

I would just like to thank anyone who has listened to my music or who is planning to come see me live. I’m so grateful for the opportunities ahead of me, and it wouldn’t be possible with out the incredible lovers of music in this world who like supporting a new artist like me.

Get to know Anna Moon: