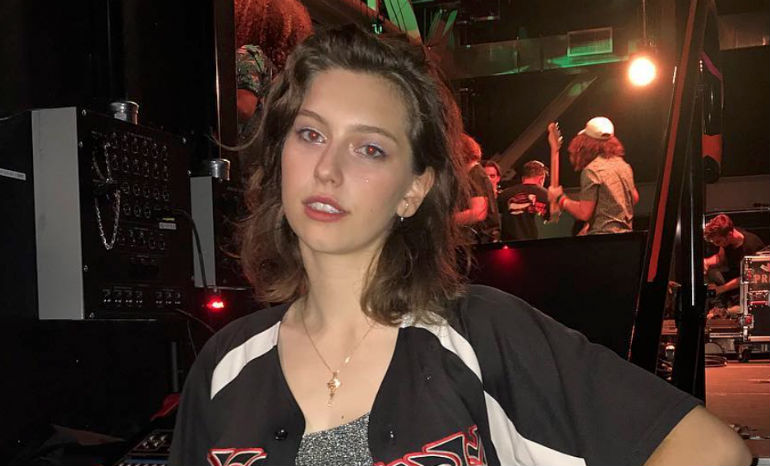 King Princess is taking over. The “1950” singer Mikaela Straus — better known as King Princess — is a queer icon on the rise. Here’s everything you need to know about her.

The 19-year-old practically grew up in the studio.

Her father, Oliver Straus, owns the Williamsburg-based recording studio Mission Sound. Everyone from Taking Back Sunday to Jack Antonoff has recorded there. She told Billboard, “I was the studio rat. Bands would be asleep on the couch, and I’d be like, ‘Hey!’ And they were f*cking lovely to me… people would come through and teach me sh*t.”

King Princess takes her inspiration from drag and ballroom culture.

Queer communities are vitally important to Straus, and she loves to chat about it. When performing, she told The Cut, she loves to draw inspiration from drag and ballroom culture. She also loves queer film. In an interview with Harpers Bazaar, she said, “I really was a lonely gay kid, and I wanted to have more of a community than I did in New York. I really found that in LA, but I wanted to immerse myself as much as possible in things that really brought me joy. “

King Princess was offered a record deal at age 11.

Already a studio veteran from her upbringing, Straus was approached by Virgin Records when she was just 11. She and her Dad turned down the offer of a record deal, which sticks with her as an important lesson in both business and life.

She accepted her first record deal at 17.

Straus signed to Mark Ronson‘s Zelig records, becoming the first person to sign to the label. She told Harpers Baazar, “He’s amazing. He’s a pair of ears. He’s an opinion. He’s a supporter. He’s a big fan too and I think that’s really crazy because I’m a big fan of his, so we’re both in it together. It’s cool when we get to do sh*t together. It’s like father-daughter”

Straus is ready to take on the status of queer icon if it means helping younger kids find their voice.

She told Harpers Baazar, “I was that girl at Pride just seeing people that I look up to, seeing people who are deeper in it than me who have been gay for a longer amount of time, being themselves. Being that for someone else is pretty powerful. It made my heart grateful.” Straus told a number of outlets that she wants to keep being someone that younger fans can look up and feel represented by, repeatedly advocating for greater representation in pop music.

Y’all really be listening to this song! thank you so much for all the support my chicken tenders

The album isn’t done yet, but Straus confirms that a full length record is on its way soon. We can’t wait!

One thought on “Everything You Need to Know About King Princess”