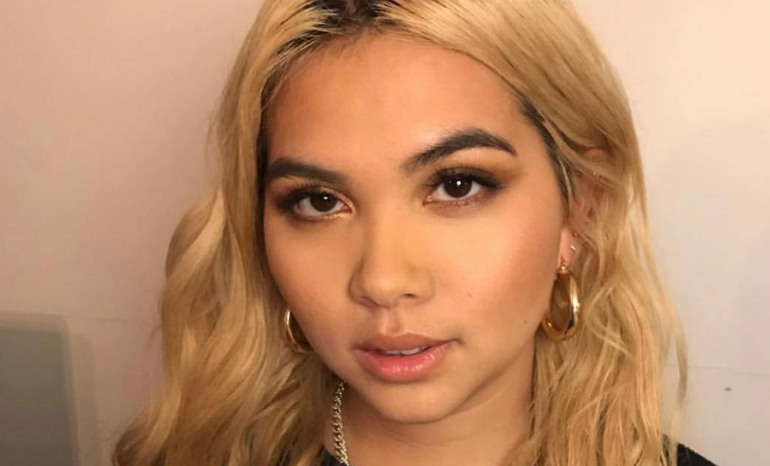 Hayley Kiyoko recently dished on a possible collaboration with her fellow artist and friend, Lauren Jauregui. At the Billboard Women in Music event, Kiyoko was honored with the Rising Star Award. On the pink carpet, she spoke with Billboard‘s Chelsea Briggs and Tetris Kelly about being the Rising Star Award recipient, her possible collaboration with Lauren Jauregui, and her performance on Wednesday, December 5th with Taylor Swift at the Ally Coalition Event.

When asked about her most “awe-struck” moment this year, Kiyoko revealed that it was being honored at that very event (Billboard’s Women in Music).

“This is definitely an awe-struck moment,” the 27-year-old said. “I think this whole year, I’ve just been kind of going through the motions, but the emotions have really been hitting me this week. I’ve been crying… cause it’s just nice to be listened to and recognized and validated.”

On the collaboration with Jauregui (who presented her with the award onstage at the Women in Music event), Kiyoko said, “I feel like when you’re friends, having collaborations is always a possibility. She’s incredible, she’s always been very supportive of my music and it’s just really cool to have her be giving me this award.”

Only a day prior, the “Curious” singer surprised everyone when she brought out Taylor Swift to perform with her at the Ally Coalition event at Town Hall in New York City. Ally Coalition is an organization that works with musicians, members of the entertainment industry and members of the fashion industry to raise funds, awareness, and support for the LGBTQ community. Swift sang her smash hit “Delicate” alongside Kiyoko.

Swift and Kiyoko’s public friendship goes back to the Foxborough, Massachusetts date of the Reputation Stadium Tour. Taylor brought Hayley out as her first special guest to sing “Curious” at Gillette Stadium on July 27. Now, she returned the favor by bringing Swift out for her first Town Hall performance, which fans inevitably freaked out about.

You can watch Kiyoko’s full interview with Billboard here. Congratulations, Hayley! We can’t wait to hear what you’re working on next!