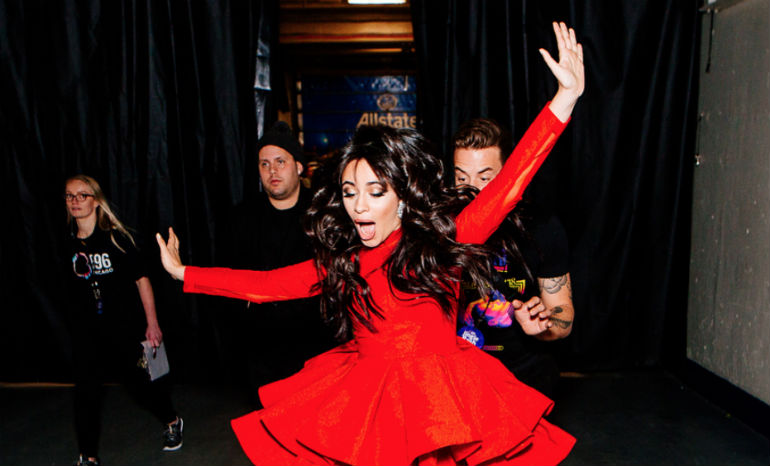 The 2019 Grammy Nominations are finally here! Every year, we find ourselves anxiously waiting to find out who could potentially take home a golden gramophone, but the truth is, we’re not alone. That’s right! Our favorite artists find out at the exact same time we do, which makes this moment all the more exciting.

This year, women had a huge wave of nominations. Janelle Monáe, who’s up for Album of the Year, re-posted this video featuring her finding out on live television that she was up for the award. Cue the “awww’s!”

Lady Gaga is no stranger to the Grammy’s with six wins under her belt already. Even so, Mother Monster tweeted an emotional letter after getting a whopping five nominations for “Shallow” with Bradley Cooper. Come on, are you even surprised?

Thank you so much 💗 pic.twitter.com/dD4wIDKxa0

One of the most exciting categories, Best Pop Vocal, features powerhouses such as P!nk and Ariana Grande. “Fall in Line” by Christina Aguilera feat. Demi Lovato got a nom for Pop Vocal Song as well. Lovato broke her Twitter silence by posting this awesome message:

I grew up in Texas, singing to @xtina everyday, DESPERATELY trying to hit her high notes.. if you would’ve told me I’d have a Grammy nod with her I would’ve laughed in your face!! This is so surreal..

These nominations are the first for many of our newer artists as well. Industry newcomers Chloe x Halle and Camila Cabello each earned two noms! How exciting is that?!

Finally, the extremely unique Cardi B is up for five awards this year, including Album and Record of the year. She tweeted her reaction to finding out about the nominations and, well, just see it for yourself.

This is not How expected to find out I’m nominated for a Grammy 😩😩😂I need a do over 🤦🏽‍♀️🤦🏽‍♀️😩 pic.twitter.com/aCt5WH6ZwZ

We can’t wait for Music’s Biggest Night, mostly so we can see which of these awesome nominees will be walking away with some new gold. Although we’ll have to wait until February 10 for the big night, the buzz surrounding the 2019 Grammys is just beginning. Let us know who you want to see win on Twitter @Soundigest!