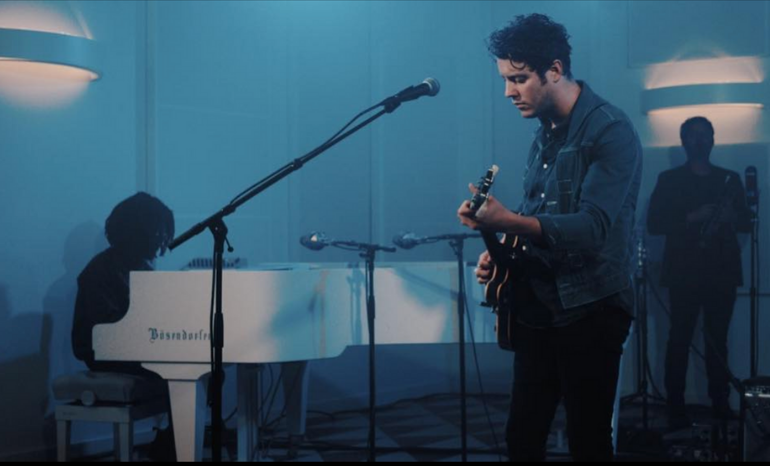 Anderson East is having a great week! He just released his song “This Too Shall Last (Stripped)” last Friday. This happened the same day that his Grammy nomination for Best American Roots Performance for “All On My Mind” was announced.

As much as I love the upbeat original version, the stripped rendition, in my eyes, has such a beautiful arrangement. The song begins with him singing alongside a piano. Then the chorus erupts and adds violin as well as a female background singer. The bridge builds up the intensity, similarly to how the chorus did. For the final chorus, he belts these beautiful runs that make you ache. The end of the song ends with a slow, sexy electric guitar solo and the piano and violin add perfectly to the mix.

East told American Songwriter, “This is one of the songs off the record that I am most proud of.” This is evident in his vocals; they’re so raw and pure. He continued to explain, “I’m thankful to have been at a place in my life where I felt like it came from a sincere and honest place…I’m thankful I get to relive that emotion and past every time I sing it.”

“Looking all around, you think nothing is really working

The pieces never fit quite naturally

You didn’t come with directions, but somehow we find perfection

The wrong turns we made right

The one thing, one thing never changed

And this too shall last”

“This Too Shall Last” first appeared on East’s Encore album that came out in January while him and country singer Miranda Lambert were still dating. The new stripped version was recorded after their split in April. These lyrics have a different meaning now, and East has been able to relive that emotion from a different point of view. The stripped version is more emotional and personal than the original, which I believe makes for better storytelling.

Check out “This Too Shall Last (Stripped)” here: