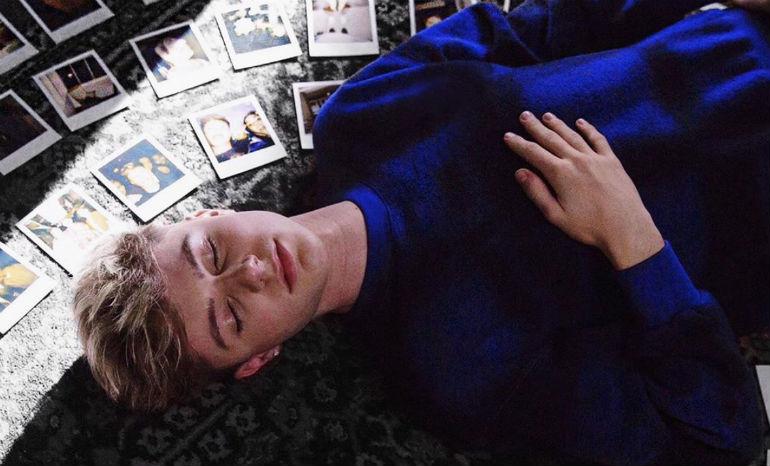 The latest teenage heartthrob, HRVY, released one last single to get his fans through the new year. The stripped down acoustic song “I Don’t Think About You” is an ode to breakups, which is perfect for the ever-so-daunting and lonely holiday season.

The smooth guitar paired with HRVY’s maturing vocals gives off a jazzy vibe, proving that the 19-year-old is coming into his own as a musician.

Who doesn’t relate to that? The truth is, we all need a good “moving on” song sometimes, and HRVY has delivered. Despite being only 19, he’s captured the lifelong essence of love and heartbreak paired with the difficult task of moving on post-breakup.

HRVY’s decision to make the single stripped down with a singular guitar riff was an incredible artistic choice. It makes the song accessible to all ages, and the focus becomes more on his voice and the lyrics. While it can be intimidating for an artist to purposely make themselves vulnerable in that way, HRVY used his vulnerability and created something that will touch the hearts of everyone who listens.

“I Don’t Think About You” gives off a Michael Bublé feeling that, hopefully, HRVY will continue to run with in his future as an artist. If you ask us, he’s definitely one to watch, and if he continues making songs like this one, he’ll be a huge star in no time.

The song ends with a heart-wrenching “But I still love you,” again making himself vulnerable to his listeners. If you’ve ever dealt with moving on after a breakup, “I Don’t Love You” is the perfect song for you. 2019 will be a huge year for HRVY, and we cannot wait to watch his career skyrocket.