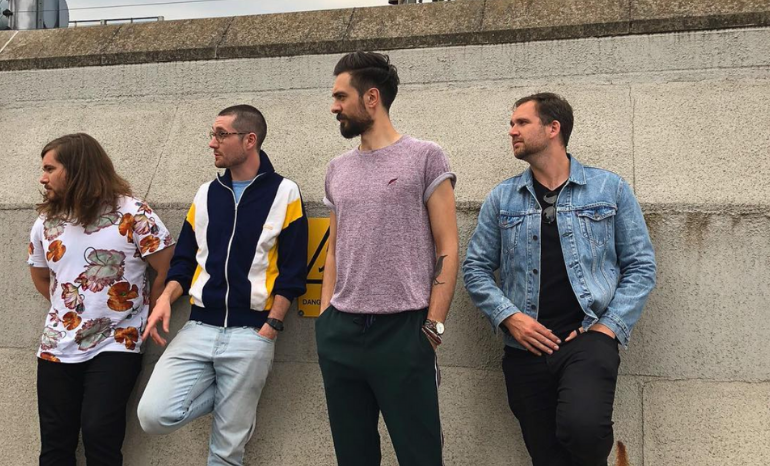 This week Bastille released their latest EP Other People’s Heartache (part 4). This is the fourth installment of a series of mixtapes by the band. Somehow after tirelessly touring and releasing their surprise chart-topper “Happier,” Bastille still found time to release this mix.

The new mixtape is a combination of covers and new tracks that have yet to be released on other projects. Their newest single, “Grip,” is one of these songs that the band has played live in the past but just released. It’s a dark, yet upbeat pop tune with some of those great EDM elements reminiscent of the earlier 2000s.

In an interview, lead singer Dan Smith commented that the track came about as a collaboration with Seeb. “It was an interesting opportunity to work with an artist that we probably wouldn’t, and that’s what makes the mixtapes what they are.” It’s obvious that this mixtape serves as a way for the band to experiment with their sound, and pop in general.

This mixtape is a release that is bridging the gap between their last LP Wild World to their highly anticipated Doom Days. Although there is no release date set, “Grip” is the first single they’ve released for that project. The mixtape is a beautiful mix of classic pop and outlandish sounds and styles. It really is a project that the band is using to play around with new ideas and gives us a look into what their newest project may sound like.

One of the later tracks, “The Descent,” featuring Lily Moore, Moss Kenna, and Jacob Banks, is one of the more fun tracks off of the tape. It’s light-hearted and easy to bop along to while also being a deep cut from the band. Only ever having played it live, it’s refreshing to hear a recorded version on the tape. It also shows Bastille’s talent of collaborating with other artists while still incorporating classic elements of their sound.

Make sure to check out Other People’s Heartache (pt.4) below!