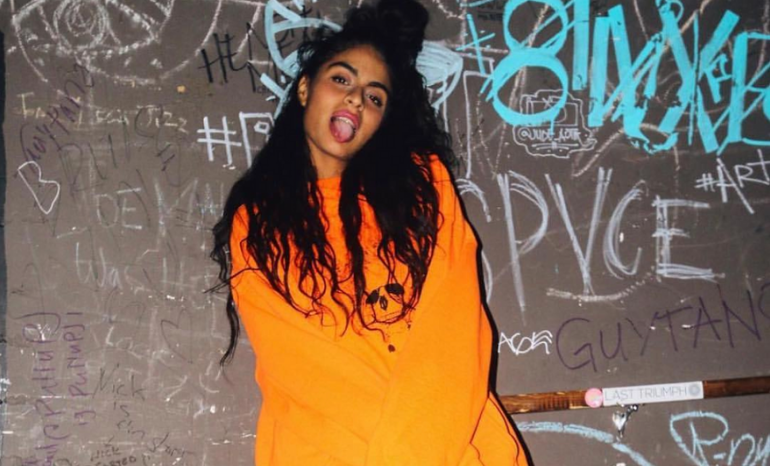 Jessie Reyez has had a banner year. On top of collaborations with Calvin Harris and her own EP release, Being Human in Public, which dropped in October, the “Apple Juice” singer is featured on two tracks on the most recent album from the real Slim Shady himself. And in their new video for “Good Guy,” she kills him.

Lyrically, “Good Guy” treads on familiar territory and is reminiscent of the 2010s Eminem, covering a tempestuous and often violent relationship full of cheating, lying, pleading, and punching. “Good Guy” is the conclusion to Reyez and Mathers’ other collaboration, “Nice Guy,” and Eminem raps all kinds of misogynistic accusations about a lover and her behavior in his verses of both songs. The album cut of “Good Guy” is short—just two minutes and 23 seconds—with Reyez’s chorus at the end, but she’s given a kickoff chorus in the video version. “Since you bought the jury // they’ll call me guilty,” she sings at bookends of the video, reminding the listener not to take Eminem’s accusations at face value because there are two sides to every story.

The video begins with Reyez climbing out of a grave in search of the man who presumably put her there. She finds Eminem alone in his mansion and attacks him first with her hands, then with a knife. The two struggle until they hit a window, breaking the glass and tumbling to the ground. Reyez sees Eminem weakened by the fall and uses this advantage to choke him to death. She drags Eminem’s body back to the grave he had dug for her. The video ends with Reyez crying while lying next to Eminem’s body in the ground.

Though the toxic, destructive relationship between their characters is reminiscent of “Love The Way You Lie,” the symbolism of an emerging artist rising to destroy and replace a veteran is powerful. It’s an endorsement from Marshall Mathers, an acknowledgment that Reyez’s star may one day eclipse his.

A few days after the video was released, Reyez hit 1 million followers on Instagram. She is only going to keep going up from here if you ask us. Check out the music video below.