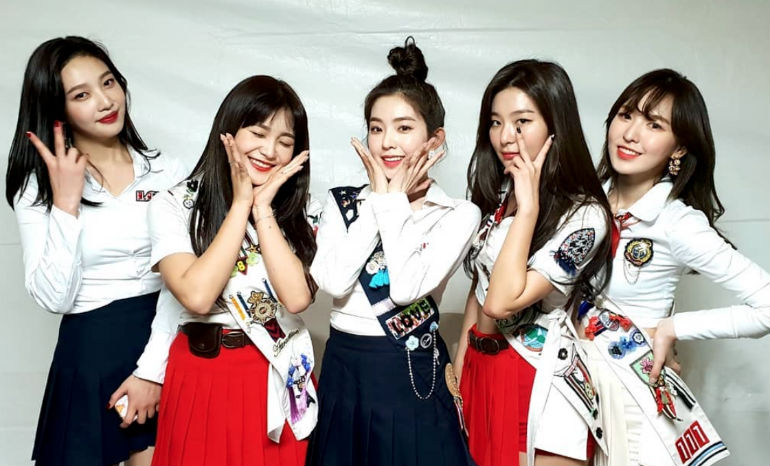 Red Velvet is continuing their rise in stateside popularity with the release of their newest EP RBB (Really Bad Boy): The 5th Mini Album. The album has earned the group the No.1 spot on Billboard‘s Heatseekers chart and the No.2 spot on the World Albums chart this week.

This week's top 5 on #WorldAlbums:

According to Nielsen Music, the album sold 5,000 equivalent album units in the week ending December 6, and the songs on the album earned a collective 1.7 million on-demand audio streams during that week.

Red Velvet is the fifth K-pop girl group and the ninth group overall to hold the No.1 spot on the World Digital Songs chart according to Billboard.

This release is just the latest in Red Velvet’s busy schedule as they were announced as performers at KBS’ and SBS’ end of year music festivals, promoting RBB on Music Bank, coming in second to GOT7, and watching the music video for the title track RBB rise in views on Youtube, where it currently sits at over 18 million views since its release two weeks ago.

Since their debut in 2014, Red Velvet has continually grown their popularity both overseas and stateside, having previous albums reach No. 1 on the Gaon Album chart, winning the New Artist Award at the Golden Disc Awards, and also winning the Mnet Asian Music Award for Best Female Group in 2017. The group consists of members Irene, Seulgi, Wendy, Joy, and Yeri. They are signed under SM Entertainment, one of the “Big Three” entertainment companies in South Korea.

Here is the tracklist for RBB:

You can listen to the EP for yourself HERE: