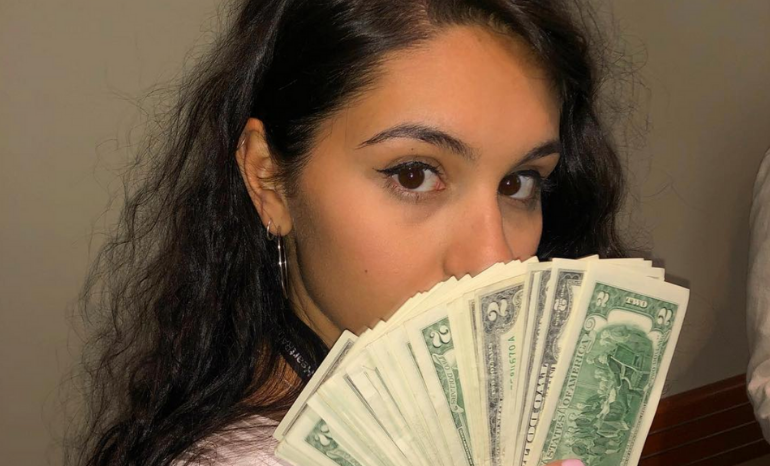 90s girls unite! Alessia Cara has slayed yet another performance and this time in the form of some covers. Just the other day, Alessia Cara was in the Sirius XM studio to perform something special: a Destiny’s Child medley. The 22-year-old must have made Beyoncé, Kelly, and Michelle proud because her vocals from this studio session are unbelievable. Choosing to combine “Say My Name,” “Bills Bills Bills,” “Survivor,” “Bootylicious,” and “Emotion,” Alessia captivated audiences and made the songs her own.

2018 has been a big year for both Destiny’s Child and Alessia Cara. In April, Destiny’s Child reunited for the first time in years to perform during Beyonce’s headlining slot at Coachella. In February, Alessia was crowned Best New Artist at the Grammys. It’s hard to go anywhere these days without hearing Alessia’s powerful voice. Her music is in commercials and all over the radio, and her Destiny’s Child cover mashup deserves to be the new talk of the town. With the help of her backup singers and backing acoustic band, she is bringing back the R&B vibes we love from the 90s and early 2000s.

frizz queen at MSG. thanks @z100newyork 🎄

Alessia starts the cover with “Say My Name,” which immediately shows audiences she is capable of taking on the genre even though most of her music is traditionally in the pop realm. Next, she makes the smoothest transition into “Bills Bills Bills,” and the arrangement was clever and well thought out. After “Bills Bills Bills,” Alessia transitions into “Bootylicious” by calling on her backup singers emulating the girl group’s intro. Alessia is clearly having fun— even laughing—doing this song for Sirius XM. “Survivor” is next in line in the medley, which takes the cover off the charts with the raw power and emotion coming from Alessia’s vocals. Lastly, they close with a lesser known Destiny’s Child song, “Emotion.” This song brings the session to a gentle close that sweetly rounds out the medley.

Growing up in Destiny Child’s prime, Alessia Cara is definitely influenced by their work. It really shows through in this beautiful ode of their music that she put arranged. Alessia is only 22 ,and at the rate she’s going with her vocals and songwriting abilities, she could definitely be as successful as the Destiny’s Child girls.

It is refreshing seeing such positive responses to a multitalented, young female in the music industry. Maybe it’s too soon to call her the next Beyoncé, but after hearing this medley, we would love to hear some more R&B tracks or covers from Alessia. Check out Alessia’s cover below and be on the lookout for other Alessia projects in the future.