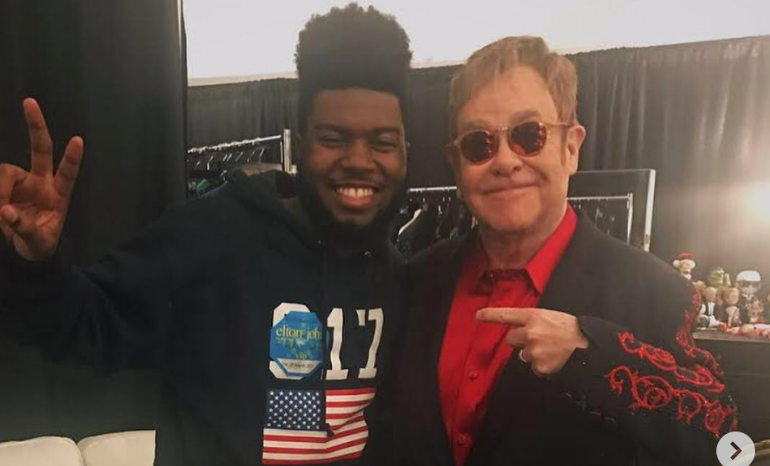 We love when our favorite artists cover each other’s songs, and recently, nonother than Sir Elton John teamed up with Khalid for an amazing cover of Khalid’s “Young Dumb & Broke” for one of Elton John’s Spotify session singles. In addition to this cover, Elton also re-recorded one of his most famous hits “Bennie and The Jets.”

We think that it’s awesome for two artists from two different generations to come together and combine their musical styles to create a great new version of this song that everyone will enjoy. Elton expressed that he discovered Khalid’s music a few years ago and is actually a really big fan of his!

Unlike many other covers recorded as Spotify singles, Elton’s cover of “Young Dumb & Broke” included the song’s creator. Khalid contributed some vocals to Elton Johns’s version, and we honestly wouldn’t have had it any other way.

this is so crazy
Thank you so much @eltonofficial pic.twitter.com/QVkQjqCSuM

Elton’s version of the song really showcases his unique style and gives the song a completely different vibe. Needless to say, we’re pretty into it. Elton’s version is very stripped down and the instrumentals in it are beautiful. We love the addition of Elton playing the piano as it really brings something new to the track. Towards the end of the track, you’ll catch some of those vocals we mentioned that Khalid added to the cover. The combination of both of their voices blend so perfectly, and we can honestly say that their styles match up really well in this cover.

If you haven’t yet, definitely head over to Spotify and check out Elton’s Spotify session singles. Be sure to let us know what you think about Khalid and Elton’s collaboration on the hit in the comments or tweet @soundigest!