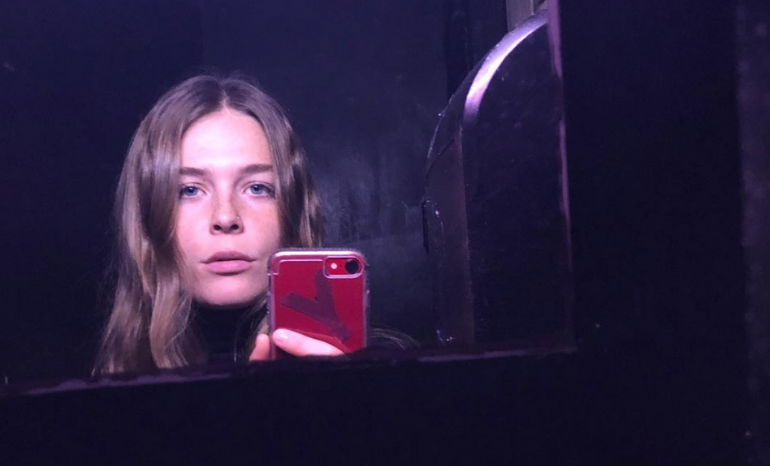 Swift’s ability to capture a universal feeling through tiny details is sometimes overshadowed by personal life and her no-frills singing voice, but Rogers’ cover allows Swift’s songwriting to shine, in a similar fashion to Bob Dylan cover songs that tend to become bigger hits than the originals. While announcing the cover on an Instagram post, with her own face imposed on Swift’s album cover, Rogers shared, “This song is classic songwriting at its finest and has meant so much to me for the last 10 years.”

my @spotify singles cover of “tim mcgraw” by the one and only @taylorswift is out now! this song is classic songwriting at its finest and has meant so much to me for the last 10 years. i hope you love it as much as i do 🤠💕

Because of its masterful songwriting, this song, named after a country music star, is able to transcend genres the way Swift herself has. Country riffs are replaced with reverberating guitars. Swift’s light twang is replaced by Rogers’ breathy vocals. Swift’s version feels like it’s portraying a specific country girl, but Rogers’ cover could be about anyone. This could have been anyone’s small town upbringing, anyone’s first love, anyone’s favorite song. Rogers recently told Music Choice that she thinks genres “just exist to sell music.”

Part of Swift’s genius is the way her everywoman voice centers itself and begs to be heard, but Rogers’ singing performs gymnastics without demanding the spotlight. Her agile voice plays with the dynamics and range of the melody, transposing the chorus up an octave and filling it with longing, and that build into the second chorus gives us chills every time.

Swift shared Rogers’ cover in her own Instagram story, calling it “heavenly.”

We’re glad to see these two talented women supporting each other and Swift’s early country catalog getting the recognition it deserves. Hopefully, some Swifties are now Maggie Rogers fans, too!

Paired with a live performance of her own single “Light On,” Rogers’ Spotify Singles release is a bittersweet couplet. Given that we can’t listen to *any* country music without thinking about our exes, we’ve got these two on repeat.