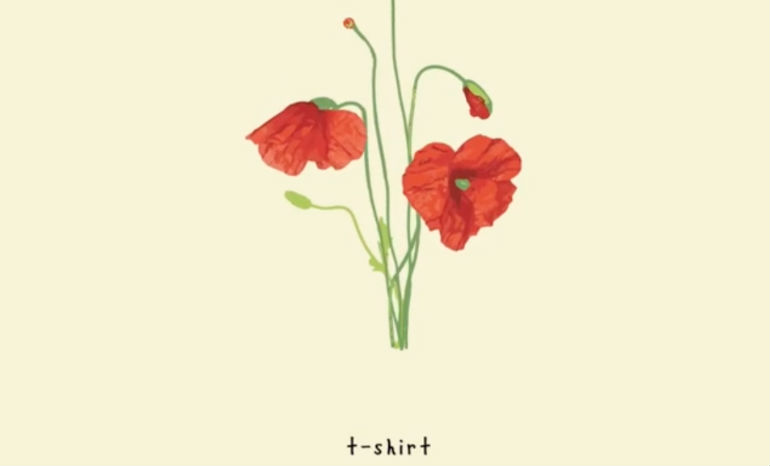 Singer-songwriter, rapper, DJ, and producer Gnash has released yet another incredibly relatable single. The song, titled “T-Shirt,” will be one of the tracks on his upcoming album We, out January 11.

Out of the 13 songs on the track-list, “Imagine If,” “Nobody’s Home,” “Dear Insecurity (ft. Ben Abraham,” “The Broken Hearts Club,” and “I Hate U, I Love U (ft. Olivia O’Brien)” have been slowly released over the last few months. “T-Shirt,” however, has been highly anticipated, as Gnash played it for fans on his last tour, in which he supported All Time Low and Dashboard Confessional.

And, speaking of All Time Low, Gnash also released a music video for the new single where he pays homage to bands who have had a major impact on him throughout his career, including ATL, Good Charlotte, Panic! At The Disco, My Chemical Romance, and Paramore. He recreated some of their most iconic music videos in just seconds of his own, and it’s definitely worth the nostalgia.

As for the song itself, “T-Shirt” talks about the leftover pieces of a relationship — emotionally, the love you have leftover for a person, and physically, a t-shirt. It really is a post-breakup anthem, chanting, “you broke my heart and all I got was this t-shirt.” He uses slow acoustics to pull out emotion and a big, upbeat chorus that will leave you wanting to throw away all the memories you have of an ex.

This song is definitely going to be a favorite from Gnash, and if you want to hear more, he’ll be heading out on the Broken Hearts Club tour starting January 8. Here’s where he’ll be stopping:

Well, what are you waiting for? Get your tickets HERE!