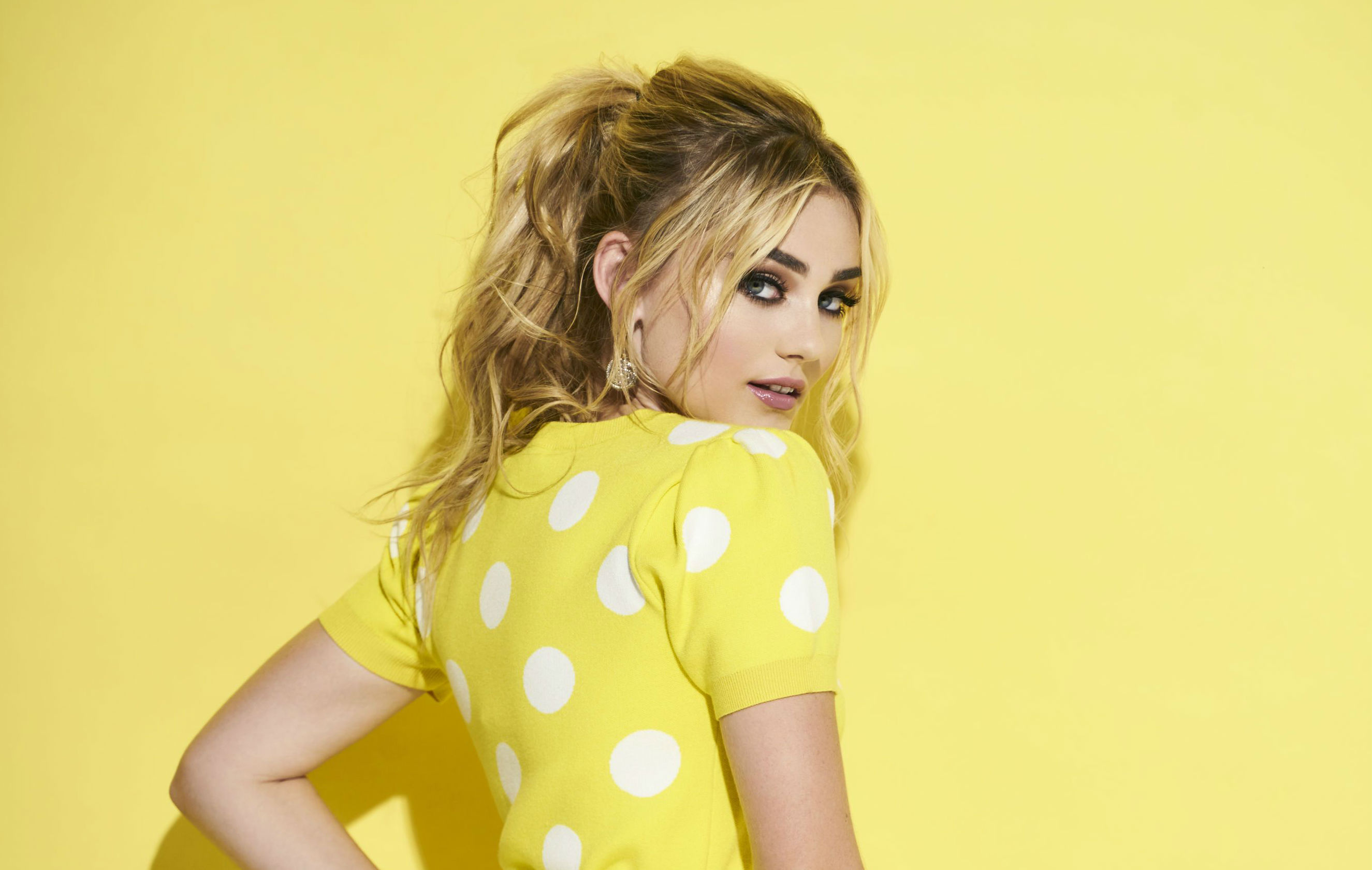 From a young age, this Disney starlet knew she wanted to be a performer. Meg Donnelly is known by many for her roles in Disney Channel’s original movie Zombies, and the hit ABC comedy American Housewife. We got a chance to speak with Meg about how she got started, her blooming music career, and what we can look forward to from her in the future! Check it out:

When did you know you wanted to be an actress? Was there anything that directly inspired you to choose this route?

I was 6 years old when my dad and I saw a sign in a storefront window that read, “Coming Soon: Sing, Dance & Act.” That space became Annie’s Playhouse, which soon after became my second home. Five nights per week and on Saturday mornings I sang, danced, acted, and played piano and guitar there. Since my first day at Annie’s, performing is all I’ve ever wanted to do.

You currently play Taylor in American Housewife. If you had to take one of her personality traits as your own, what would it be?

Taylor is an intuitive teenage girl who’s trying to find herself. She loves her family, but is trying to figure out her own individuality. This is similar to any teenager, including me. That being said, I like how Taylor has some clever moments — “street smarts” that help her family get out of some awkward situations.

What’s it like working with the cast of “American Housewife?”

I think it’s a dream every day!  I’m so lucky to be part of the amazing cast and crew. We are one big family. I’ve learned so much from Katy Mixon and Diedrich Bader – my TV parents. They’ve been so gracious with their time by providing me with advice and coaching me about comedic acting choices.  They’ve told me to be prepared, but not to overthink my scenes. They also taught me to always be in the moment, but most of all, have fun!  And we have so much fun!

How was it playing Addison from “Zombies?”

I’m proud to have played such a strong female role as Addison.  Addison is a typical kid starting high school and is looking to “fit in” based on what she was taught as a child, but she soon realizes you cannot simply accept what others tell you. You need to experience people for who they are, not where they’re from, what they look like, or what others tell you about them. I, like Addison, pride myself on standing up for my friends, no matter what. I’m so happy that the “Zombies” fans loved the movie and its powerful message.

Do you have any favorite memories or scenes from the film?

My favorite scene was the ice cream parlor scene between Milo [Manheim] and I.  It’s where Addison sees her surroundings clearly for the first time.

What was your favorite choreography from “Zombies?”

My favorite musical number was “Someday.”  It was a wonderful experience working with the choreographer, Chris Scott, and Milo to make the dance come alive (but since “My Year” was the first dance we learned, it has a special place in my heart as well).

You recently released your first single, “Smile.” what made you want to get into music?

I’ve always loved music, dancing and singing.  My parents will tell you from the day I was born. My passion comes from being able to put your feelings to music and tell a story.

What was your inspiration behind your new single?

Can fans be on the lookout for an EP or album soon?

I sure hope so! I just finished recording my debut EP and I expect it to be out shortly after the new year! The songs are about some of my personal experiences and combine a dose of hip-hop, R&B, and pop. I cannot wait for everyone to hear it.

Can you tell us about any future projects fans can look forward to?

I do have some surprises for everyone that are “top secret.” What I can tell you is that they involve both acting and music!

I am currently learning the Japanese language. I love the Japanese culture… it’s fascinating.  Last summer I traveled to Tokyo and I cannot wait to go back!  I was a little nervous talking to native Japanese speakers because I feel like they are going to be confused if I get something wrong – but they were so supportive and helped me out a lot.  I learned so much. I released a Japanese version of “Smile” and my fans really loved it! That makes me smile.

Watch the music video for smile below!