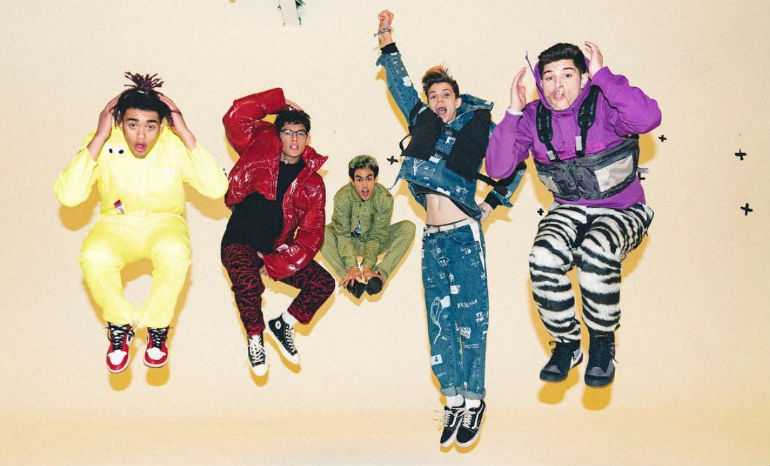 The band, formed by Simon Cowell two years ago, has been gaining popularity ever since they dropped their very first single, “Would You Mind.” The group also released their debut EP earlier this year, and has been nominated for multiple awards. They even opened up for Khalid on tour!

Since the release of their EP, PRETTYMUCH has released various singles including the fun and catchy “Real Friends,” a spanglish twist “Solita” featuring Rich the Kid, along with a track written by Ed Sheeran called “Summer On You.”

The fivesome premiered their single on their recent fall Funktion Tour. Along with the release of the single, the group dropped a vibrant and colorful music video to go along with it.

If you haven’t heard it yet, the new single is a smooth, yet infectious tune that will have you hitting all kinds of moves by the end of the chorus. These boys really have a s-s-sweet hit on them.

Of course, a PRETTYMUCH music video wouldn’t be complete without dancing, and this music vide showcases the boys’ colorful, vibrant ‘fits, moves, and of course, Austin Porter‘s new haircut. See?

If you want to listen to “Jello” on repeat, you can stream the single on Apple Music or Spotify now. You can thank us later!